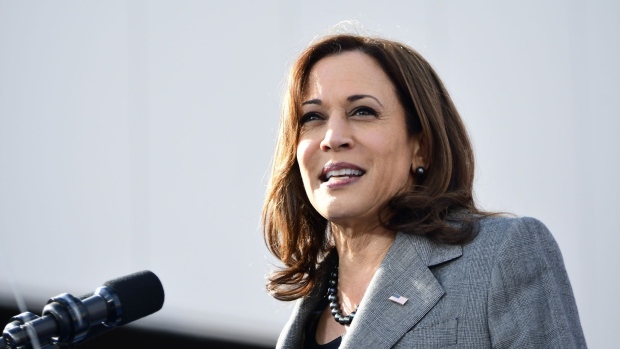 Millison, who currently serves as Harris’s deputy policy director, is being promoted as part of a reshuffling of the White House’s economic team following the departure of Daleep Singh. Singh, who oversaw the administration’s sanctions effort against Russia following the invasion of Ukraine, recently departed to take a job as chief global economist for PGIM Fixed Income. He was replaced by Mike Pyle, the former BlackRock Inc. investment strategist who previously advised Harris on economic matters.

Millison is the first Black woman to hold the post of the vice president’s chief economic adviser.

She comes to the new role with legislative policy-making experience as the White House pushes Congress to move on legislation temporarily repealing the gas tax, as well as a broader package that would include tax reform, new prescription drug cost controls, and green-energy spending.

“Deanne has been a key adviser to the Vice President since the day we arrived -- especially when it comes to making sure that access to capital and opportunity transcends the zip code you live in,” Pyle said in a statement. “I look forward to watching Deanne excel as the Vice President’s chief economic adviser.”

A graduate of Harvard Law School, Millison served as legislative director and deputy chief of staff in Harris’s Senate office, and previously served as legislative director for Maxine Waters, the top Democrat on the House Committee on Financial Services. Before that, she was a counsel on the US Senate Committee on Homeland Security and Government Affairs, and as a lawyer at Jenner & Block, where she worked with General Motors Co. and on the Lehman Brothers bankruptcy proceedings.

Harris has placed an emphasis on expanding access to financial services in her vice presidency, pushing to include funding for Community Development Financial Institutions and Minority Depository Institutions that expand access to loans for minority and women-owned businesses in pandemic recovery legislation. Millison will coordinate with the Treasury Department and the private sector on further improving financial services to underserved communities.

Her portfolio will also include the vice president’s initiative to expand broadband access, as well as the administration’s work on federal student loan forgiveness, which White House aides have said they expect to announce in the coming months. In the vice president’s office, Millison’s work has included the effort to forgive debt accrued at defunct Corinthian Colleges Inc., schools the government says defrauded their students, as well as initiatives to remove medical debt from consumer credit reports and address systematic racial discrimination in housing assessments.

“Deanne’s work advising then-Senator Harris and now Vice President Harris on increasing access to capital and opportunity for small businesses, ensuring all Americans have access to high-speed, affordable internet, and protecting consumers has made a difference for people across the country,” Lorraine Voles, Harris’s chief of staff, said in a statement.