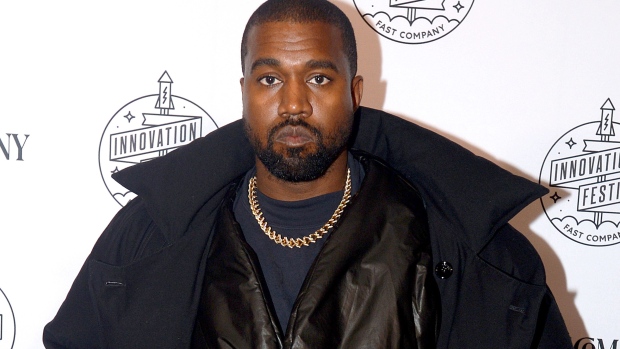 Kanye West upped the pressure on his retail collaborators, threatening on Twitter to withhold any product releases with Gap Inc. until he secures a seat on the company’s board of directors.

West was set to release a new line of apparel for men, women and kids called Yeezy Gap by next year. It’s not clear if he has the power to delay the line that already began the design phase. A spokesperson for Gap couldn’t immediately be reached for comment.

The musician, designer and entrepreneur also called out Adidas AG, saying he’ll wear a rival shoemaker’s sneakers until he has a spot on the German company’s board. A spokesperson for Adidas didn’t immediately reply to a request for comment.

Snagging a board seat has been a recurring message from the artist. Earlier this month, West tweeted that “Black board seats matter.” West previously raised the idea of joining the boards, when he threatened to walk away from his deals with Gap and Adidas if not granted a spot.

Kanye’s new round of tweets underscores the growing pressure companies across industries face to diversify their boards following nationwide protests over the killing of George Floyd by police. About a dozen of the largest U.S. companies still lack any Black directors, according to data gathered by Bloomberg News, and Black directors accounted for only about 10 per cent of new board seats in 2019, down from 11 per cent in the previous two years.