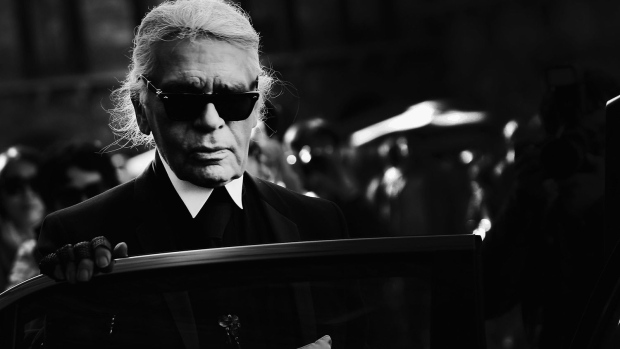 A 2018 Phantom and 2019 Cullinan hammered for €436,000 and €369,450, respectively, at the three-day estate sale of the late Chanel designer and famous objet d’art collector. A 2016 Rolls-Royce Phantom Drophead Coupé failed to sell during the live auction on Dec. 4 but was relisted in the live sale on Dec. 5, fetching €375,500. A Sotheby’s spokesman said the initial nonsale of the convertible may have been related to technical issues, some of which had interrupted Day 1 of the auction, enough to stall bids on Lot 6 and postpone everything until the next day.

Sotheby’s “KARL Karl Lagerfeld’s Estate Part I” auction, the first of three, included 582 lots and 1,000-plus items in addition to the cars. Other notable lots included a Takashi Murakami portrait of the designer that went for €289,800 (more than double its €120,000 high estimate); a Joana Vasconcelos earthenware sculpture of a cat, Choupette, that sold for €20,160 (its high estimate had been €7,000); and 200 pairs of Lagerfeld’s signature fingerless lambskin Chanel gloves. The sale also contained significant furniture pieces from the 20th and 21st centuries, fine art, Goyard luggage, and tuxedo suit jackets. In a press release Dec. 6, Sotheby’s said it had sold 100% of available lots, achieving €12 million in total sales, or four times the pre-sale estimates.

Both the Phantom and the Cullinan soared past their high estimates, while the 2016 convertible fell squarely within its range. Peter Haynes, a spokesman for the sale, noted a few reasons for the strong showing. Both are low-mileage vehicles with ample upgrade specifications, and the Phantom in particular holds a significant position within Rolls-Royce patrimony. The supply chain shortages that have bolstered even the high-end used-car market globally bolstered these as well, he said in an email, “so the opportunity to acquire very nice, low-mileage examples is an appealing opportunity to many.”

Then there’s the man himself. The effect of high-profile ownership is difficult to predict when applied to a collectible car’s potential value and premium as a result of that ownership, Haynes said, but the open market here determined quite a healthy premium.

“Karl Lagerfeld was a man with an international reputation built around his career at the pinnacle of the luxury goods, fashion, and design world,” Haynes said. “He was a unique character, the likes of which we may not see again, so cars with which he has been associated are clearly very appealing to those people with an affinity to Lagerfeld’s work and legacy.”

Sotheby’s threw an opulent dinner for 100 guests including Princess Caroline of Monaco on Dec. 2 to kick off the series. Lagerfeld himself owned residences in Monaco, including the La Vigie villa perched above the Monte-Carlo Beach Club and another bespoke apartment. The three Rolls-Royces were on display in front of the Fairmont Monte Carlo hotel that evening.

Haynes declined to name who bought each vehicle, which had not been mechanically vetted prior to the sale, according to the Sotheby’s catalog.

The next live installment of the Lagerfeld auction takes place Dec. 14-15 in Paris before heading to Cologne, Germany, in March, for the final sale. An additional online sale runs through Dec. 16.