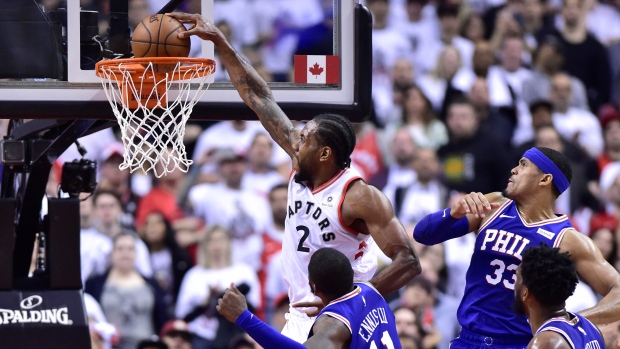 Just like the Philadelphia 76ers chances of victory on Tuesday, most fans’ chances of getting their hands on New Balance’s Kawhi Leonard signature shoes came and went almost instantly.

New Balance announced on its Instagram page Tuesday the limited-edition Kawhi 2-Way Pack would go on sale later that night. The pack features two pairs of sneakers: the New Balance 997S and the much-anticipated OMN1S, which the Toronto Raptors star wore during the 2019 NBA All-Star game in February. 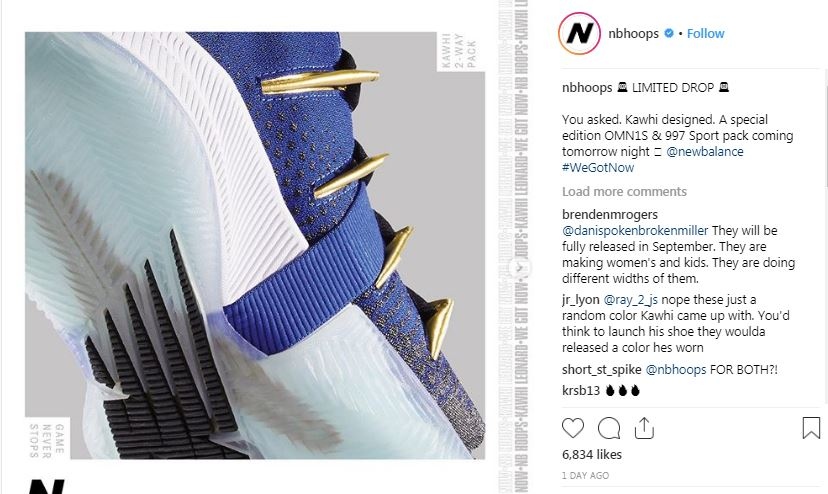 The sneakers went on sale at 7 p.m. ET. According to Twitter users, the shoes were sold out within a few minutes.

Sold out in less than 3 minutes? That stinks.

New Balance’s release marks the first publicly-available Leonard merchandise since the company announced its partnership with the NBA star in November. According to the sports apparel company, Leonard collaborated on the shoes’ design. The brand has previously teased six different colour schemes for the OMN1S.

Collaborated with Kawhi on 6 PEs of the OMN1S. We wanted people to vote for the debut at #NBAAllStar

But Kawhi wears whatever color he wants. pic.twitter.com/lpn7jVBBzV

It was a big night for Leonard, whose Raptors trounced the 76ers 125 to 89 in game five of the Eastern Conference Semifinal series. Leonard scored 21 points.