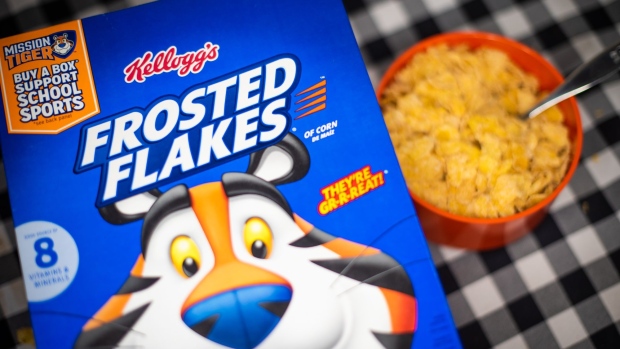 Kellogg Co. lost its bid to block the UK’s new curbs on the promotion of unhealthy foods after a London judge threw out the suit as he called the moves to fight obesity “compelling.”

The breakfast cereal maker of Frosties and Special K mounted a challenge against the new regulations coming into force in England in October which restrict the promotion of food and drinks products that are high in fat, salt and sugar.

But Judge Thomas Linden dismissed Kellogg’s claims and said the government’s public health case for the rules were “compelling,” according to a judgment published Monday.

The legislation hopes to reduce childhood obesity and will restrict where some types of food are displayed in stores and when they are advertised online. Multibuy promotions of foods high in fat, salt and sugar - such as buy one get one free - will also be banned.

“By restricting the placement of items in supermarkets, people face less choice and potentially higher prices,” Chris Silcock, Kellogg UK managing director, said in a statement. “In the midst of a cost of living crisis, we would strongly urge the Government to rethink these regulations and put the consumer first.”

As a result of the cost of living crisis, some parts of the legislation -- such as the ban on multibuy promotions -- have been delayed for a year. The ban on prominent placing of unhealthy foods in stores will go ahead later this year.

A spokesperson for the UK’s Department of Health and Social Care did not immediately respond to a request for comment.