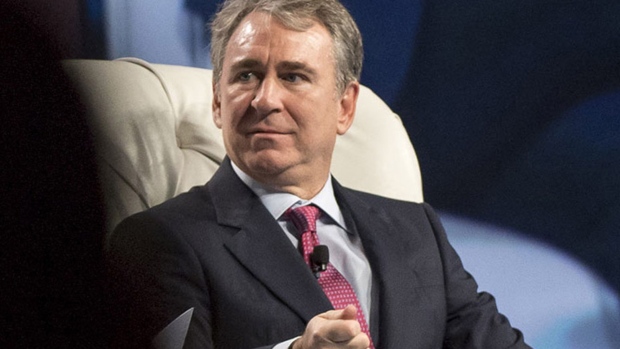 (Bloomberg) -- Citadel’s Ken Griffin said he was shocked that fellow billionaire Elon Musk polled social media users about whether to sell 10% of his stake in Tesla Inc.

“We live in a whole different world,” Griffin said Wednesday at the New York Times DealBook conference. “I never thought we’d let our ownership stakes be dictated by a poll on Twitter.”

Shares of Musk’s electric-vehicle maker tumbled after the Nov. 6 tweet. While the stock rebounded somewhat on Wednesday, it’s down about 13% this week. Musk framed the idea as a response to debates over how to tax the wealthy.

“Much is made lately of unrealized gains being a means of tax avoidance, so I propose selling 10% of my Tesla stock,” Musk tweeted. More than half of voters approved of the idea.

Griffin, for his part, said he likes to see companies controlled by their founders, and that he doesn’t want tax policy to drive “great entrepreneurs” like Musk out of their roles.