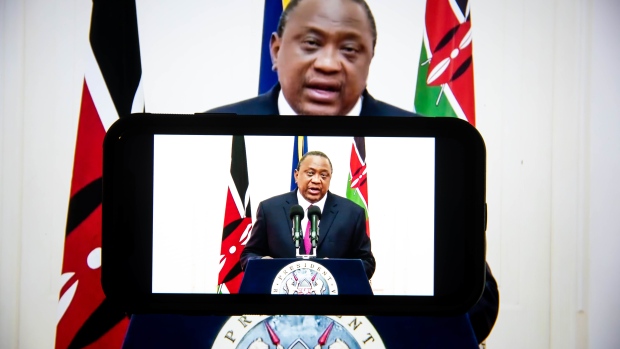 Kenyan lawmakers approved legislation backed by President Uhuru Kenyatta and opposition leader Raila Odinga, which will allow the formation of political coalitions without stripping participating parties of their identities.

Deputy President William Ruto and his allies opposed the Political Parties Amendment Bill as it will aid his main rival, Odinga, to set up a formidable alliance made up of different ethnic-based parties. He, on the other hand, is developing a monolithic group, according to Nairobi-based lawyer Kamotho Waiganjo.

A coalition will make it easier to sell regional or ethnic-based political parties in areas where they would traditionally not be “acceptable due to historical issues or suspicions,” Waiganjo said.

The new law will improve coalition building by providing a stronger framework for parties to share power and resources, unlike the current law that permits alliances backed by “a gentleman’s agreement,” Waiganjo said.

Past alliances, including the Odinga-led Coalition for Reforms and Democracy that was thrown together for the elections held in 2013 and the National Super Alliance created ahead of the 2017 vote, failed to hold after the respective elections. Currently, the ruling Jubilee Party -- which had been formed by a dozen parties backed by the president and his deputy -- is also imploding.

Odinga has announced a fifth bid to become president following elections scheduled for Aug. 9, setting himself up to run against Ruto. The former prime minister is considered as the establishment candidate having mended fences with Kenyatta in 2018, while Ruto is seen as an outsider after falling out with his boss.