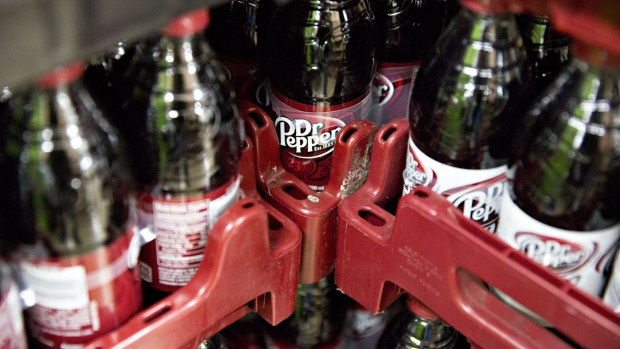 (Bloomberg) -- Keurig Dr Pepper Inc. is in talks to acquire the closely held maker of Bang Energy drinks, according to people with knowledge of the matter, the latest potential tie-up in the rapidly consolidating beverage market.

The price for Vital Pharmaceuticals Inc., also known as VPX, hasn’t been finalized. One of the people said the company could be valued at more than $2 billion, while another person placed the figure at more than $3 billion. The people asked not to be identified because the discussions are private. The talks are at an early stage and could still fall apart.

VPX was founded in 1993 by Jack Owoc, who touts the science and research behind its products. The Weston, Florida-based company had $1.4 billion in retail sales in 2021, one of the people said. Its drinks have been tested by Division I college athletes, according to the Bang Energy website. In one example, a trial of its Meltdown Fat Assault drink performed at the College of New Jersey showed a 14% increase in metabolism for more than three hours per 4-ounce serving, Owoc said on the website.

Bang Energy beverages are available in all 50 US states and 37 countries, according to the website.

Burlington, Massachusetts-based Keurig Dr Pepper, which has a market capitalization of roughly $57 billion and is backed by investment firm JAB Holding Co., was formed through the 2018 merger of Dr Pepper Snapple and Keurig Green Mountain.

The beverage giant’s interest in Bang Energy’s owner follows merger discussions earlier this year between Corona brewer Constellation Brands Inc. and Monster Beverage Corp., which competes against Bang in the energy-drink market. Another beverage giant, PepsiCo Inc., this month said it would pay $550 million for a stake in fitness-energy drink maker Celsius Holdings Inc. as part of a long-term strategic distribution agreement.

(Updates with comment from VPX representative in third paragraph.)