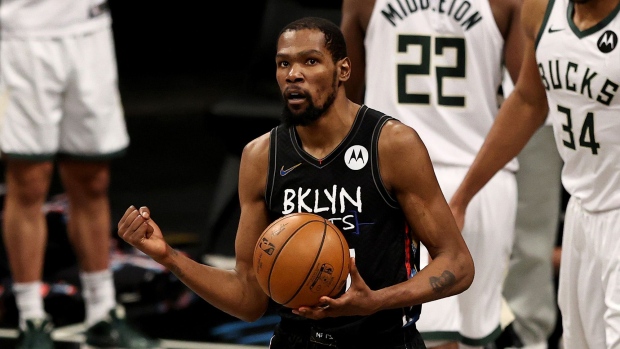 Durant’s Thirty Five Ventures and Smith have agreed to invest in the deal alongside institutional investors including venture capital firm Accel, an existing backer of SeatGeek, according to a statement Wednesday, confirming an earlier Bloomberg report. The transaction, which includes $100 million private investment in public equity, or PIPE, gives the combined entity a roughly $1.35 billion enterprise value.

RedBall raised $575 million in an August 2020 initial public offering. The special purpose acquisition company is led by CEO Alec Scheiner, as well as co-chairmen Gerry Cardinale, the founder of RedBird Capital Partners; and Billy Beane of the Oakland Athletics, who was portrayed by Brad Pitt in the film “Moneyball.” With the $100 million PIPE, the combined company is expected to get $675 million in gross proceeds.

SeatGeek isn’t the only company backed by Eli and Peyton Manning to pursue a SPAC merger. BBQGuys, an e-commerce platform for grills and related products, agreed this year to go public through a deal with Velocity Acquisition Corp.