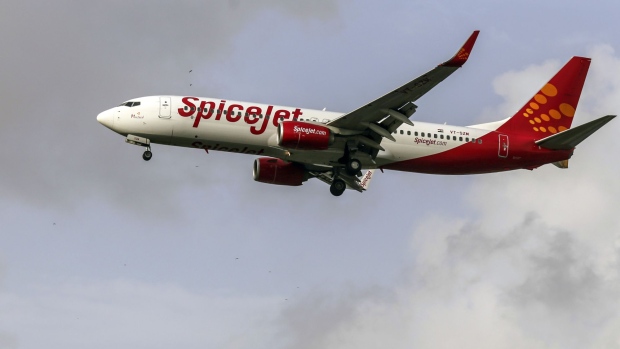 Indian budget carrier SpiceJet Ltd. said grounded 737 Max jets may fly again early next year even as the airline reported losses due to the plane’s grounding after two deadly crashes.

“The loss was largely because of seasonality factor and grounding of Max planes,” SpiceJet’s Chief Financial Officer Kiran Koteshwar said in an interview. “Return of Max planes will bring down the cost of operations and offer some upfront cash in terms of sales and lease-back route.”

The airline’s expectation comes at a time when there is no clarity on air worthiness as regulators scrutinize corrective measures. The 737 Max jets are likely to boost SpiceJet’s operations as the planes, if they start flying early next year, will join the fleet in the fourth quarter, a low season for flying.

SpiceJet reported a wider-than-expected loss for the second quarter at 4.63 billion rupees (US$64 million) as the airline continued to incur high costs. It is now mulling buying at least 100 Airbus planes worth more than US$10 billion as Boeing grapples with the fallout from its grounded plane.

SpiceJet, which has 13 737 Max jets in its fleet, has ordered as many as 205 of the aircraft, making it one of the world’s biggest customers for the model.