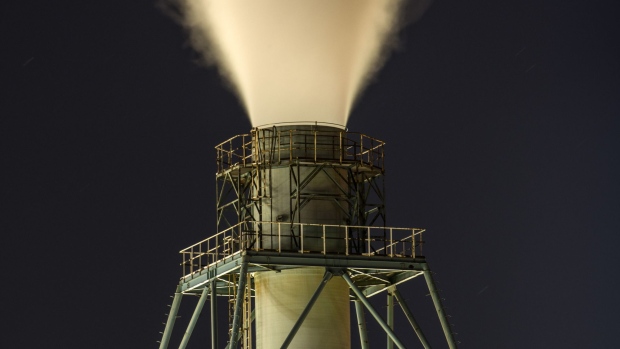 (Bloomberg) -- Lawmakers in the European Parliament’s environment committee endorsed a set of changes to the biggest overhaul of the European Union’s carbon market in a push to further bolster the emissions-reduction program.

In Tuesday’s vote, members of the so-called ENVI committee tentatively backed amendments to speed up the pace of carbon cuts, toughen permit supply controls and improve existing shields against price shocks. They also proposed limiting financial investors’ access to the Emissions Trading System, which some blamed for prices soaring to records earlier this year.

The reform of the carbon market was put forward by the European Commission in July as part of a massive package to align the bloc’s economy with a stricter emissions-reduction target for 2030. To come into force, it needs backing from EU member states and the European Parliament.

The proposals agreed by the committee need to be confirmed in a final ballot later on Tuesday before they are put to a vote next month by the whole Parliament, which may add further amendments. Member states in the EU Council are also discussing their own changes to the overhaul. Later this year, the two institutions and the Commission will start talks about the final shape of the reform.

A majority of ENVI members voted in favor of an amendment to accelerate the annual pace of emission cuts recommended by the Commission. Socialist and Democrats, Greens, Renew and The Left built a coalition that endorsed tightening the pollution cap so that the EU ETS delivers a 67% cut by 2030 from 2005 levels compared with 61% proposed by the EU’s executive arm.

Under their amendment, the rate at which emissions limits shrink each year should be at 4.2% in the first year after the reform starts. Then in each subsequent year until 2030, it will increase by 0.1 percentage point. The proposal also seeks a new method of adjusting the cap under the so-called rebasing.

Peter Liese, lead lawmaker on the EU ETS reform, said earlier this month that such a change -- opposed by the European Peoples Party, the biggest political group in the assembly -- is unlikely to survive the plenary vote.

The environment committee backed an amendment to strengthen the Market Stability Reserve, a supply-control mechanism that helped reduce a glut of emissions permits in the past couple of years. Under its proposal, the reserve would start absorbing excess allowances when their total number exceeds 700 million, less than the 833 million sought by the Commission. The intake rate, or the percentage of carbon permits taken into the reserve from the market, would stay at 24%.

A majority of ENVI members also agreed to lower the EU ETS intervention threshold in case of carbon price spikes. The EU would have the right to increase the supply of allowances if, for more than six consecutive months, the average price is more than twice the average price of the two preceding years. The current rules require a higher trigger of a three-times increase.

The committee also endorsed an amendment to limit financial investors’ access to the carbon market. It proposed that by January 2025 only polluters in the system and their financial intermediaries can operate accounts in the carbon registry used to transfer allowances.

Yet before the limits would come into force, the amendment requires the Commission to publish by July 2023 an assessment of such restrictions and propose changes if it deems the limits as negative for the market. That gives the EU’s executive arm a decisive say on the proposed measure.