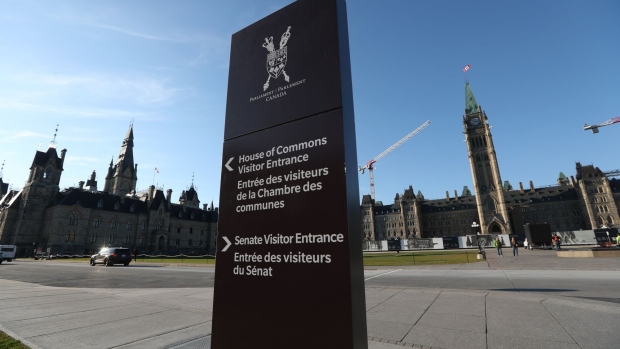 Parliament Hill in Ottawa, Ontario, Canada, on Tuesday, Nov. 1, 2022. Canada's economic growth rate fell by half in the third quarter, ahead of what's expected to be an even sharper downturn later this year. , Bloomberg

(Bloomberg) -- Canadian Finance Minister Chrystia Freeland released a budget update that showed the government plans to spend almost half of a revenue windfall this fiscal year. Spending measures include new help for low-income workers and students, as well as funding for clean technology investments. The fiscal trajectory is on track for a balanced budget within five years.