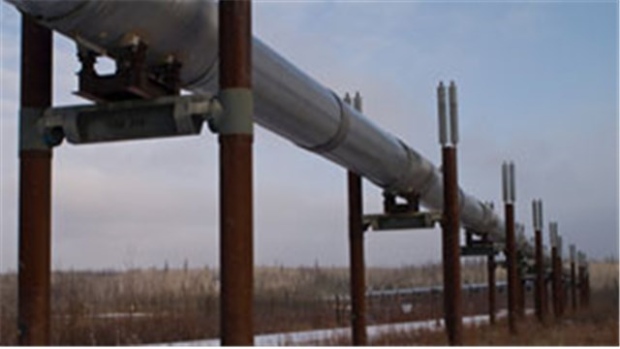 CALGARY - Shares in Keyera Corp. (KEY.TO) rose by as much as nine per cent after it announced it will proceed with a long-anticipated $1.3-billion pipeline to bring natural gas liquids from northwestern Alberta to market.

The Key Access Pipeline System is designed to collect condensate and other petroleum liquids produced with natural gas in the Montney and Duvernay regions and bring it to the liquids processing and storage hub at Fort Saskatchewan, just northeast of Edmonton.

On a conference call on Wednesday, Keyera executives said shippers have signed long-term contracts accounting for about 65 per cent of the initial capacity of the pipeline, which is expected to come on stream in 2022.

Calgary-based Keyera says it will share costs and ownership of the project with SemCAMS Midstream ULC, which is owned by American firms SemGroup Corp. and KKR.

The pipeline partners had each been pursuing similar projects with other investors before deciding to work together given their ownership interests in the gas processing plants that will supply much of the initial throughput on the system.

Analyst Nate Heywood of AltaCorp Capital pointed out the line will compete with Pembina Pipeline Corp.'s Peace Pipeline -- a $500-million expansion of the latter was approved in January because of rising customer demand.