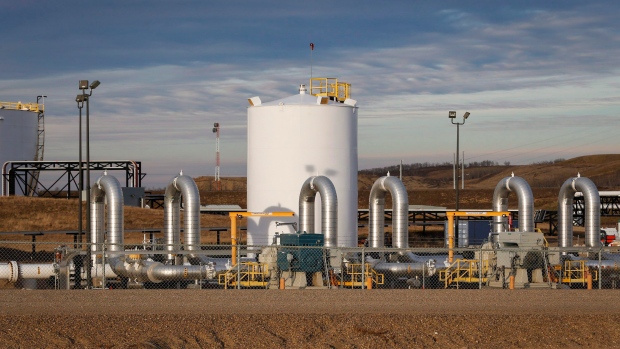 Renewed hopes of building the Keystone XL pipeline in the wake of Donald Trump winning the United States presidency could be premature.

The U.S. president-elect has expressed support for the controversial plan to carry 830,000 barrels of mostly diluted bitumen from the oil sands of northern Alberta to the Gulf of Mexico – though that support came with a caveat.

“I want the developers of [Keystone XL] to give the United States a big, big chunk of the profits or even ownership rights, like I do in business, that’s what I do,” Trump demanded during a January 2016 campaign speech in Muscatine, Iowa, adding he intended to ask for “25 per cent of the profits, forever.”

Calgary-based TransCanada (TRP.TO) has twice attempted to win a presidential permit to build the 1,351 km U.S. portion of the 1,880 km pipeline. Current U.S. President Barack Obama rejected the first proposal in 2012 but invited the Canadian company to reapply if it could propose an alternate route that avoided the ecologically sensitive Ogallala Aquifer. TransCanada’s second proposal, which avoided the Midwestern water table, was rejected by Obama in November 2015.

By then, the estimated cost of the project had nearly doubled to US$10 billion and TransCanada was subsequently forced to take a $2-billion charge for the money it already spent preparing to build the pipeline. In June, the company launched a legal challenge through the North American Free Trade Agreement (NAFTA) demanding US$15 billion in compensation from the U.S. government.

Not only has Trump made a pledge to renegotiate NAFTA a centrepiece of his campaign platform, he also confessed he was “not in love with the idea of taking Canadian oil” during the same Iowa speech where he set his terms for Keystone XL approval.

In the end, his “America First” nationalist preferences combined with desire to see significantly more crude oil production from within the United States itself could trump any political will the president-elect might have to approve a new (mostly) import pipeline from Canada.

In a statement today, TransCanada said it remains fully committed to Keystone XL, adding that the company is evaluating ways to engage the new administration regarding the benefits, jobs and tax revenues that the project could bring.