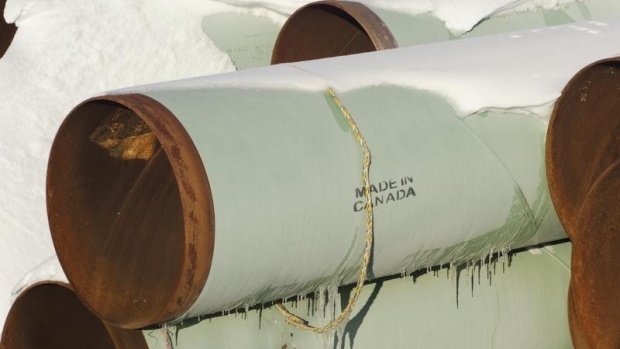 July 2008: TransCanada first applies for Keystone XL approval. The Canadian company with its partner ConocoPhillips first proposed to spend $7 billion to expand TransCanada’s pipeline system. The plan proposed to carry an additional 500,000 barrels of crude from the oil sands of northern Alberta to refineries in Texas.

Nov. 6, 2015: Obama rejects Keystone XL. Former U.S. President Barack Obama rejected Keystone XL in 2015 after seven years of disputes and court battles. Canadian Prime Minister Justin Trudeau expressed disappointment in the decision. Obama initially rejected the first pipeline proposal in January 2012, but invited TransCanada to reapply if it could come up with an alternate route that would avoid the Ogallala aquifer.

June 24, 2016: TransCanada takes legal action. TransCanada filed a lawsuit in June 2016 against the U.S. government under NAFTA, seeking US$15 billion in damages.

Jan. 24, 2016: Trump expresses his support. “I want the developers of [Keystone XL] to give the United States a big, big chunk of the profits or even ownership rights, like I do in business, that’s what I do,” Trump said during a January 2016 campaign speech in Muscatine, Iowa. He said that he intended to ask for 25 per cent of the profits.