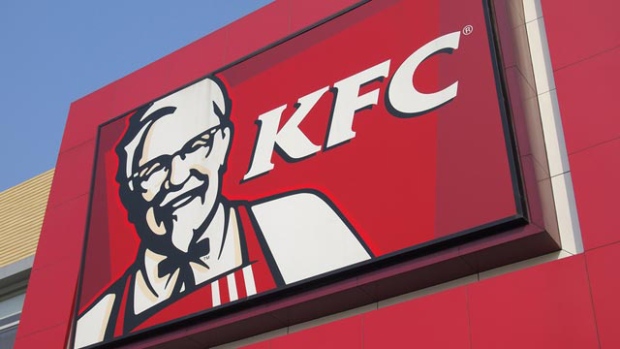 KFC Canada wants to serve up chicken in bamboo buckets eventually, but the fast food chain will start next year with poutine after it finds the right product for its pilot.

“We want our customers to feel that KFC is dedicated to, not only providing finger lickin' good chicken in every bucket, but also delivering it in a way that our guests can feel good about,” said Armando Carrillo, KFC Canada's innovation manager, in a statement Tuesday.

The company's sustainability commitment, which includes sourcing all of its fibre-based packaging from certified or recycled sources by next year, will see it testing new, innovative materials, it said in a statement.

KFC Canada says bamboo buckets will be available at some of the company's more than 600 Canadian restaurants starting in early 2020.

Just how early is still up in the air.

“It will depend on how quickly we can work with suppliers to find a bamboo bucket option that maintains the integrity (of) the product while also achieving our sustainable goals,” a company spokesperson said in an emailed response to questions.

The restaurant chain said it will strive to have buckets that are compostable but will at the very least ensure they are recyclable or reusable.

Since different Canadian jurisdictions have different recycling and composting rules, it can be difficult for companies to make sure their products are recyclable or compostable across the country.

Whether the bamboo bucket will meet those requirements Canada-wide “is something we will need to investigate as we move forward with viable prototypes, but it will be recyclable where facilities permit,” it said.

The move would replace its polypropylene poutine packages with bamboo ones.

“I think they're doing a great thing,” said Chunping Dai, an associate professor at the University of British Columbia's department of wood science.

He noted many companies are starting to look at using bamboo and not just for takeout food containers. Companies are testing or already using the material in beauty products, furniture, sleep sets and other goods.

“Bamboo is very sustainable,” he said.

It grows very quickly, reaching its mature size in about three or four years, he said.

The plant also sequesters about 40 per cent more carbon than trees given the same amount of land, Dai said.

One strike against it, though, could be cost, he added - as plastic products are notoriously cheap.

That may come down to a demand issue. As more companies want to use bamboo, the material can be mass-produced and its cost could become more comparable to plastic, he said.

KFC Canada plans to expand the initiative to all of its buckets -not just poutine - once it is successful at finding the right packaging. In this pilot, which will last for a yet undetermined amount of time, it is looking at consumer feedback and operational ease, among other things, to gauge success.

The company has also promised to remove all plastic straws and bags from its restaurants before the end of this year.

Many other chains are making similar moves when it comes to single-use plastics and have started to test or implement packaging made from alternative materials.

McDonald's Canada announced in June that two of its restaurants - one in Vancouver and one in London, Ont. - would become test beds for its greener packaging initiatives. The two locations would trial wooden cutlery and paper straws, among other alternatives.

A&W Canada stopped serving plastic straws recently. It unveiled a public art installation in Toronto in January that spelled out the phrase “change is good” with the last of the company's plastic straw reserves.

Coffee chains in the country have been keen to create more sustainable packaging as well. Tim Hortons recently introduced a recyclable lid, while Starbucks says it is working to eliminate plastic straws globally by 2020.

Consumers pushed the movement against plastic straws. Awareness seemed to reach a tipping point in 2018 after a video showing a turtle with a plastic straw stuck in its nose went viral.