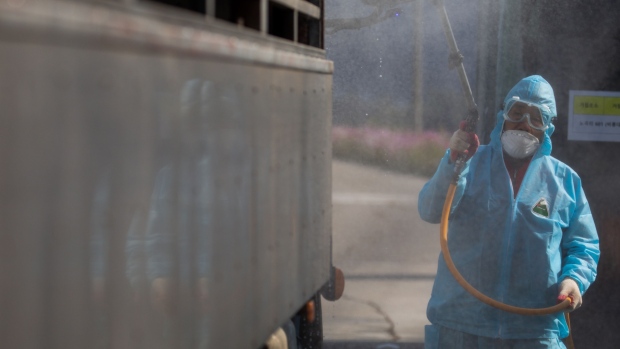 A worker sprays disinfectant onto the back of a truck near a pig farm in Yeoncheon, South Korea, Oct. 15, 2019. Bloomberg/SeongJoon Cho

By official accounts, the pig contagion wreaking havoc across Eastern Asia has virtually skipped over North Korea, with a single outbreak reported there in May. But wayward feral pigs have stoked concern that Kim Jong Un’s reclusive state is hiding an African swine fever disaster.

Three wild boars were found dead in border areas separating the two countries earlier this month before being tested positive for the viral hemorrhagic disease, officials in South Korea said. The finding reflects the freedom with which animals roam the four-kilometre (2.5 mile) wide buffer zone that divides the nations and creates an involuntary park and refuge for fauna.

It also hints at a spillover of the deadly virus from North Korea, where unofficial reports indicate the disease is spreading out of control. South Korea has deployed helicopters to disinfect parts of the 250-kilometre-long border-barrier, near which more than a dozen outbreaks have occurred on farms since the virus was first reported there a month ago. 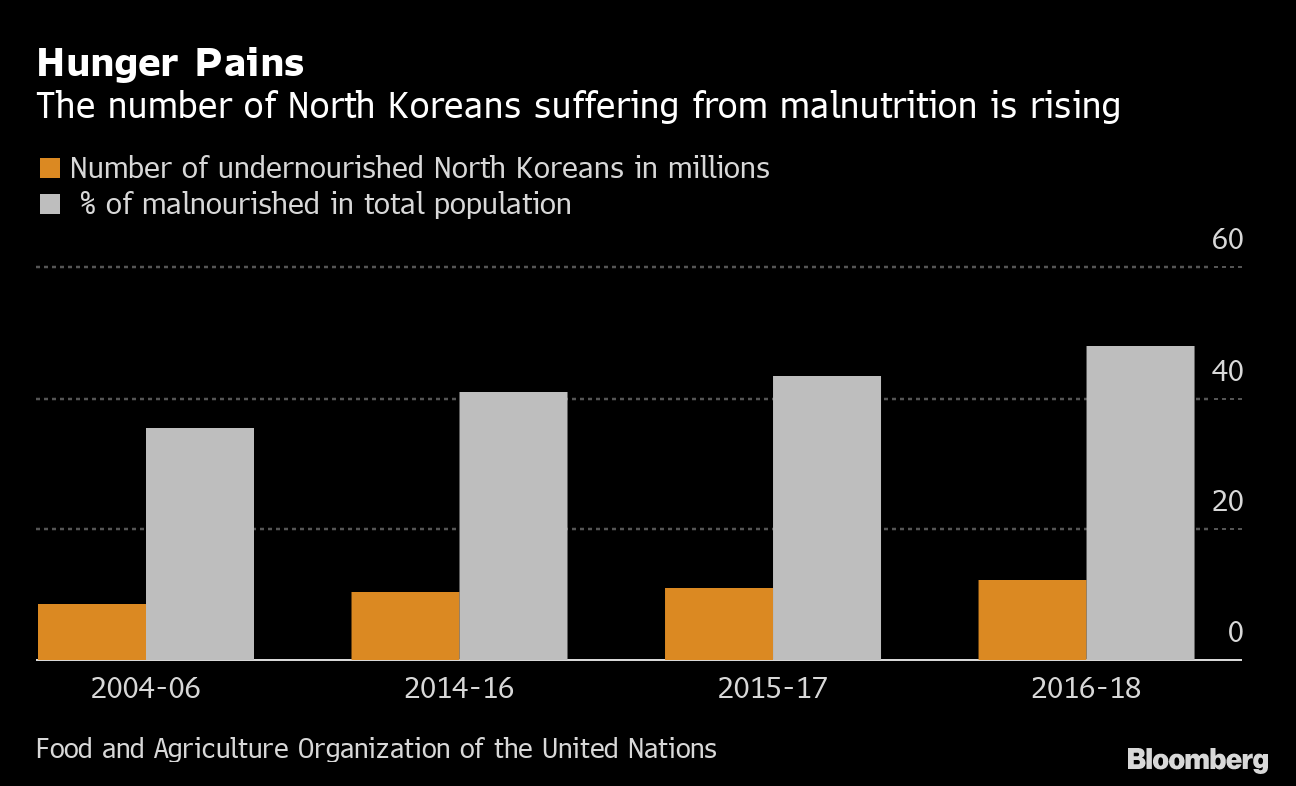 African swine fever has spread to almost all areas of North Korea, and pigs in the western province of North Pyongan have been “wiped out,” said Lee Hye-hoon, who chairs the National Assembly’s intelligence committee, citing South Korea’s National Intelligence Service.

The virus killed 22 hogs in May on a cooperative farm about 260 kilometers north of Pyongyang, near the border with China, North Korea’s agriculture ministry said in a May 30 report to the World Organization for Animal Health, or OIE.

But since then, there have been no follow-up reports to the Paris-based veterinary body, and scant coverage of the event in state media.

The Food and Agriculture Organization has no information beyond the report received by the OIE, said Wantanee Kalpravidh, the United Nations agency’s Bangkok-based regional manager of the Emergency Centre for Transboundary Animal Diseases. The FAO is awaiting approval to send a delegate to North Korea, she said in a text message Friday.

Widespread transmission of African swine fever, which isn’t known to harm humans but kills most pigs in a week, may put North Korea’s food security in graver jeopardy.

Crop production there is forecast to be smaller than usual for the rest of 2019 due to below-average rainfall and low water supplies for irrigation, the FAO said last month. About 40 per cent of the population, or 10.1 million people, are estimated to be food-insecure and in urgent need of food assistance, according to results from an UN assessment conducted last April.

“Pork accounts for about 80 per cent of North Korea’s protein consumption and with global sanctions taking place, it’s going to be hard for the country to find an alternative protein source,” said Cho, who now works as a researcher at Good Farmers, a Seoul-based non-governmental organization that supports developing nations to generate profit through agricultural activities.

“The virus is extremely destructive as people are now unable to make money through raising pigs, while the country’s economy is restrained,” he said.

Pigs raised by individual farms outnumber those on state-owned and collective farms, which will make it almost impossible to halt the spread, especially given North Korea’s inexperience preventing and mitigating epidemics in animals, Cho said.

This lack of capacity is a threat to the entire Korean Peninsula, where the virus could become endemic, or generally present. That would make it more difficult to stamp out the disease through the usual steps of quarantining and culling diseased and vulnerable livestock. From there, it could also re-enter neighbouring China and Russia.

South Korea has culled 154,653 pigs at 94 farms as of Oct. 11, according to the nation’s agriculture ministry. Routine tests for the virus on wild boars were introduced before Pyongyang reported the outbreak, the Ministry of Environment said in an Oct. 9 statement. Now, streams and soil near the border are also being tested.

The country has repeatedly asked Pyongyang to join a collective effort to fight the transmission, but its northern neighbor hasn’t responded.

“The fact that North Korea has reported the outbreak to an international organization suggests the situation is probably getting out of their hands,” said Ahn Chan-il, a former North Korean soldier who defected in 1979 and now heads the World Institute for North Korea Studies. “It’s an apocalypse in the making.”