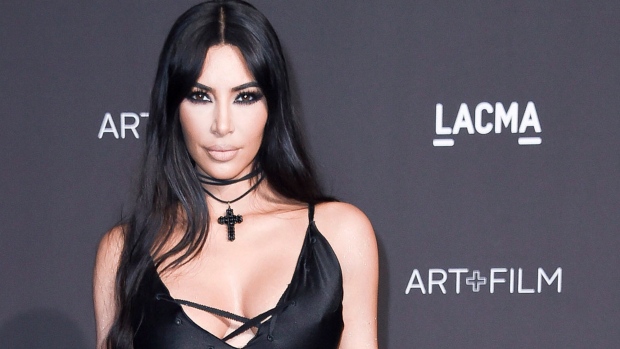 On Monday, West tweeted that she would launch her brand under a new name following careful thought and consideration.

"Kimono is Japan's cultural pride that we boast to the world. Even in the United States, kimono is highly recognized as a Japanese thing," Seko told reporters. "We hope the case is examined appropriately to reflect the purpose of the trademark system."

Seko said he will dispatch senior officials to Washington next week for talks with U.S. trademark officials.

The planned kimono brand also triggered a backlash in Japan's ancient capital of Kyoto, home to many kimono makers and a popular tourist destination.

Kyoto Mayor Daisaku Kadokawa, who wears a kimono at work, said in a June 28 letter to West that kimono are not only part of Japan's cultural heritage but also the "fruit of craftsmanship and truly symbolize the sense of beauty, spirit and values of Japanese," and that she should perhaps visit the city to "experience the essence of kimono culture.

"We think that the name for kimono is an asset shared with all humanity who love kimono and its culture, therefore it should not be monopolized," said Kadokawa, who is campaigning to register kimono as a UNESCO intangible cultural heritage.

Kadokawa on Tuesday thanked West for her decision to reconsider the brand name.

Being an entrepreneur and my own boss has been one of the most rewarding challenges I’ve been blessed with in my life. What’s made it possible for me after all of these years has been the direct line of communication with my fans and the public. pic.twitter.com/IB5cto7Mlj

I am always listening, learning and growing - I so appreciate the passion and varied perspectives that people bring to me. When I announced the name of my shapewear line, I did so with the best intentions in mind.

My brands and products are built with inclusivity and diversity at their core and after careful thought and consideration, I will be launching my Solutionwear brand under a new name. I will be in touch soon. Thank you for your understanding and support always.