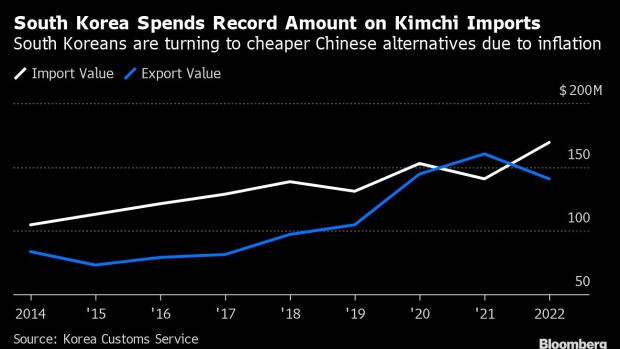 The shipments are mainly from China, where the price of kimchi can be as low as one-fifth the price of Korea-made kimchi.

Kimchi is ubiquitous in Korea, both as a side and as an ingredient in other dishes such as stews. Many restaurants had already long been using imported kimchi, but recent price increases in cabbage and other ingredients such as red pepper have forced them to step up the use of imports.

Inflation in South Korea stayed elevated at 5% in December, more than twice the central bank’s target. However, inflation is expected to ease to 3.6% this year as energy prices soften.

--With assistance from Low De Wei and Shinhye Kang.