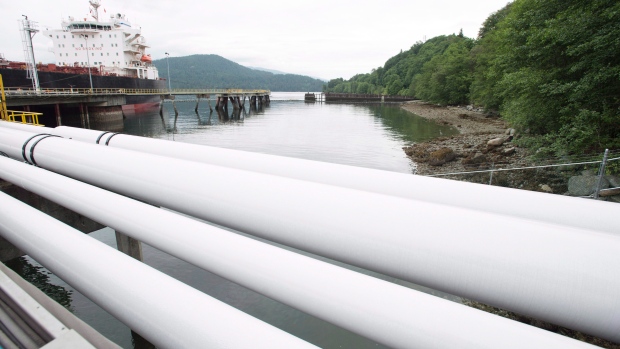 Reuters reported in February that the company had begun talks with institutional investors to raise capital for the Trans Mountain project and was looking at either an IPO or joint venture.

"The preliminary filing represents an important step in securing the best opportunity for obtaining acceptable financing terms for the project," Kinder Morgan said in its submission to U.S. regulators. The company did not disclose the IPO size or timeline in the submission.

The company continued to pursue the parallel paths of an IPO or joint venture and the project remained on schedule to start construction later this year, a company spokesman said.

The Trans Mountain expansion will nearly triple the size of Kinder Morgan's existing pipeline and ship 890,000 barrels a day of crude from Edmonton, Alberta, to Barnaby, British Columbia. It was approved by the Canadian government last year despite opposition from environmental and aboriginal groups.

It also includes Kinder Morgan's share of the Edmonton Rail Terminal, the Alberta Crude Terminal and the Base Line Terminal.

Sources, who declined to be named because they were not authorized to speak to the media, said in February that Kinder Morgan had hired Toronto-Dominion Bank as an adviser.