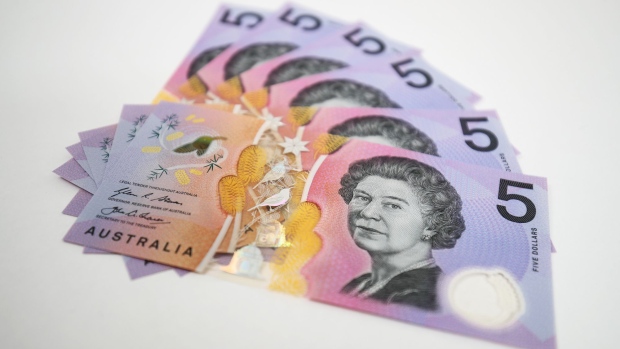 Just weeks after Queen Elizabeth II’s death, Australia is already hinting it might not replace her with King Charles III on its five-dollar banknotes when they’re eventually reprinted.

Royalists were rattled on Wednesday when Treasurer Jim Chalmers said he’d mull the best way of redesigning the widely-used currency following the Queen’s passing, using language that left the door open for someone besides her 73-year-old son to be depicted.

“I don’t see a massive rush to change,” Chalmers said in Canberra. “But nor do I think it should be especially controversial for a country like ours to consider and consult on what we want to do with the five-dollar note going forward.”

Chalmers said he’d work with Reserve Bank of Australia Governor Philip Lowe on tackling the best way to make any changes. He didn’t give a time frame for when a decision might be reached.

Along with Canada, New Zealand and other former colonies of the British Empire, Australia still counts the monarch as its head of state. A referendum in 1999 to become a republic was narrowly defeated, yet the debate has simmered as Australia’s stature as a regional power and globally significant economy has grown. Previous polls suggest the population is roughly split about breaking from Britain.

The government has already announced the King’s profile will appear on Australian coins at some point in 2023, however multiple ministers have suggested a different design may be chosen for the five-dollar note. When asked about a change prior to the funeral for the monarch, Prime Minister Anthony Albanese said he believed it was disrespectful to consider the issue at that time.

“We will deal with these issues appropriately, in an orderly way, in a way that is respectful,” he said.

Albanese has previously suggested he would like to see a national referendum on Australia becoming a republic during his time in office, making an Australian the head of state.

Britain’s Royal Mint has already said it would begin the slow process of switching the late Queen with the King on UK currency and stamps.