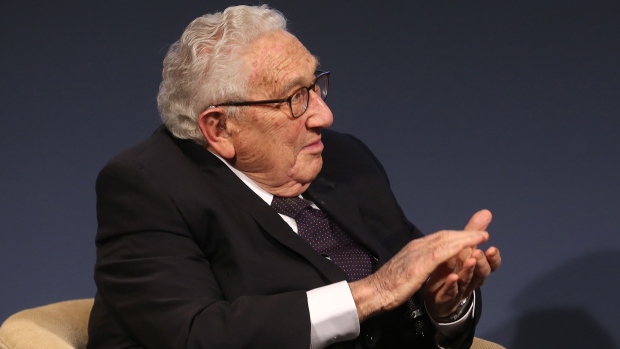 (Bloomberg) -- Former U.S. Secretary of State Henry Kissinger said greater cooperation among the world’s major powers are needed to resolve issues such as the coronavirus pandemic and climate change, warning countries against solely focusing on their own interests.

“If the world becomes a nationalist arena for all countries, it will be much more difficult to prevent troubles and avoid conflicts,” Kissinger was quoted by Chinese media as saying during the annual Bund Summit on Saturday via a live-streamed call. “Therefore, I hope world leaders will first fulfill their basic responsibilities to their own people, and at the same time, connect the people of the world with common human bonds.”

The diplomat who paved the way for President Richard Nixon’s historic 1972 trip to China said global communications have become easier after other countries formulated a deeper understanding of the world’s No. 2 economy, according to a Chinese-language report by ifeng.com. He praised Beijing’s decision to stop building new coal power plants offshore, and said the World Health Organization’s malaria prevention program is a good example of the benefits of global cooperation, according to the report.