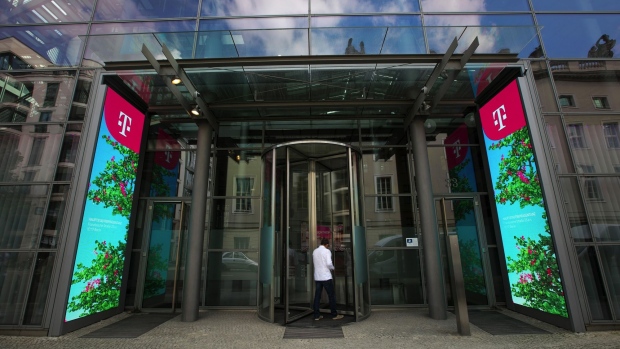 (Bloomberg) -- A consortium backed by KKR & Co. is emerging as the frontrunner to buy a stake in Deutsche Telekom AG’s sprawling wireless tower portfolio, people with knowledge of the matter said.

KKR has made an offer in conjunction with Global Infrastructure Partners and Stonepeak, the people said. Their bid is seen as more attractive than a rival proposal from Brookfield Asset Management Inc. and Spain’s Cellnex Telecom SA, the people said, asking not to be identified because the information is private.

Deutsche Telekom plans to formally choose a winner as soon as this week, according to the people. The unit could be valued at around $20 billion in any deal, the people said.

Representatives for Brookfield, Cellnex, GIP and KKR declined to comment. A spokeperson for Deutsche Telekom didn’t immediately respond to requests for comment outside regular European business hours, while queries sent to Stonepeak weren’t immediately answered during a US holiday.

A spokesperson for Vodafone said the company is exploring its own options to achieve the objectives set out for its tower business in May, referring to statements by Vodafone Chief Executive Officer Nick Read on the carrier’s hunt for value-creating deals.

The sale of stake in Deutsche Telekom’s tower business could be one of the largest infrastructure deals in Europe this year, according to data compiled by Bloomberg. KKR, GIP and Stonepeak jointly made a binding offer for a controlling stake in the unit, Bloomberg News reported last month.

Institutional investors are drawn to wireless towers because of their ability to generate steady, long-term returns. KKR raised $17 billion for its latest global infrastructure fund earlier this year, while GIP is targeting $25 billion for what would be the world’s biggest pool of capital dedicated to infrastructure investments.