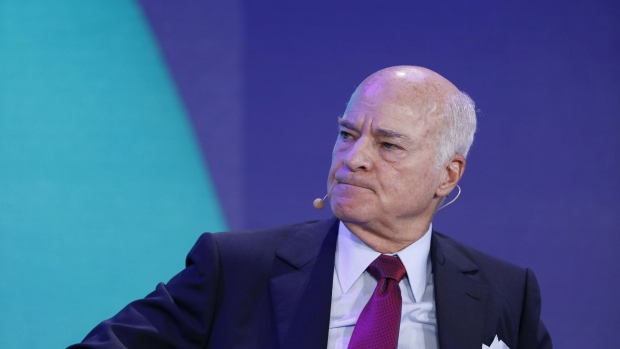 (Bloomberg) -- KKR & Co. gathered a record amount of money in the second quarter, helping the alternative asset manager inch closer to its capital-raising target as demand surges among yield-hungry investors.

The firm raked in about $59 billion in the three months ended June 30, driven largely by the initial closings of the latest North America buyout fund, global infrastructure fund and core private equity fund, New York-based KKR said in a statement Tuesday. The haul exceeded the record of $44 billion raised for all of last year and blew past its previous quarterly peak of $16.4 billion in the second quarter of 2020.

“This was an exceptional quarter for KKR,” Co-Chief Executive Officers Henry Kravis and George Roberts said in the statement. “Momentum across the firm remains high.”

The influx of cash brings the firm’s fundraising tally for the first half to roughly $73 billion, putting it well on its way to reaching its goal of collecting more than $100 billion by 2022.

The inflows helped lift assets under management to $429 billion, up 93% from a year earlier. The asset growth this year has also been driven by KKR’s acquisition of retirement and life insurance provider Global Atlantic Financial Group, which closed in February. The firm’s perpetual capital, or long-term money, has seen an uptick as a result, rising to $130 billion in the quarter, according to the statement.

KKR has been one of the world’s most acquisitive buyout firms throughout the pandemic. It deployed $19 billion in capital in the three-month period, expanding on last year’s momentum as the firm concentrates on investing in big themes such as technology-related bets and has been active across strategies, including real estate, private equity, infrastructure and direct lending.

Among the second-quarter highlights: