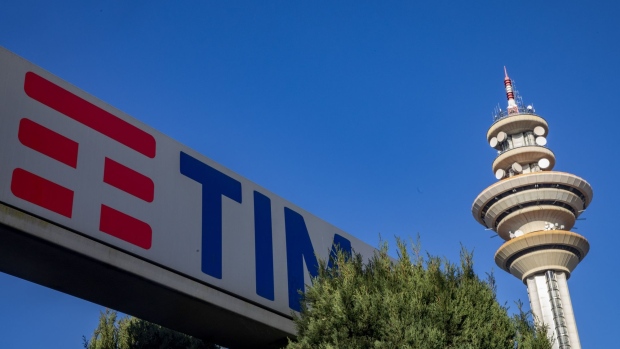 (Bloomberg) -- Private equity giants KKR & Co. and CVC Capital Partners are considering teaming up on a bid for Telecom Italia SpA, a move that would help share the financial burden for Europe’s biggest-ever leveraged buyout, people with knowledge of the matter said.

The two investment firms have held exploratory talks about the potential for a joint offer, according to the people, who asked not to be identified because the information is confidential.

KKR has been among the most active dealmakers globally since the start of the pandemic. Club deals -- where multiple buyout firms partner on an acquisition -- are becoming increasingly popular amid a scarcity of potential targets and a desire to hunt ever-larger prey.

CVC has already been studying a possible acquisition of Telecom Italia for several months, according to the people. The private equity firms are still debating the merits of teaming up, and there’s no certainty they will proceed with a joint offer, the people said. The considerations range from CVC being an equal partner to joining as a minority investor, the people said.

Advent International, which had been in talks about partnering with CVC, has cooled on the idea due to the complexity of the transaction and the Italian government’s perceived support for the KKR bid, the people said.

KKR has made a preliminary bid of 50.5 euro cents per share for Telecom Italia, valuing the company at around 10.8 billion euros ($12.1 billion). CVC and Advent said this week they’re open to working with all stakeholders to identify how to help Telecom Italia.

Vivendi SE, Telecom Italia’s largest shareholder, has already described KKR’s current offer as too low. The U.S. suitor has been considering how much it would need to raise its bid to win over reticent investors, Bloomberg News reported Tuesday.

Telecom Italia Chief Executive Officer Luigi Gubitosi urged the company’s board to take swift action on KKR’s bid. In a letter to Telecom Italia board members seen by Bloomberg News, Gubitosi wrote he’s ready to resign if it would help speed up the process of evaluating the offer.

Including Telecom Italia’s 22 billion euros of net debt, a takeover of the company would rank as Europe’s biggest-ever private equity buyout, according to data compiled by Bloomberg.

While KKR is studying whether to bring in a partner, the firm’s focus remains on its existing proposal, the people said. It has the ability to finance the offer on its own and could also rope in some of its fund’s limited partners as co-investors, according to the people.