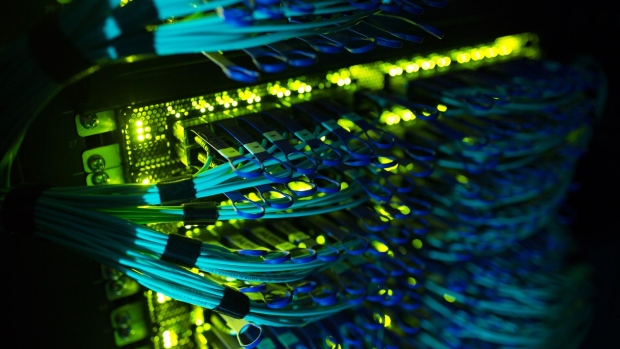 (Bloomberg) -- Buyout firms Blackstone Inc. and KKR & Co. are among suitors weighing bids for data center company Global Switch Holdings Ltd., as the battle for digital infrastructure assets heats up, according to people familiar with the matter.

Global Switch, controlled by Chinese steelmaker Jiangsu Shagang Group Co. and backed by Avic Trust Co., has been exploring a sale that could value it at 8 billion pounds ($10.7 billion) or more, Bloomberg News reported earlier this year.

The business could draw offers from other infrastructure-focused investors and pension funds, according to the people. Deliberations are ongoing and there’s no certainty any of the suitors will decide to pursue offers, or that Global Switch’s owners will decide to sell, they said.

The potential sale of Global Switch follows an aborted Hong Kong initial public offering in 2019. In August of that year, Shagang bought another 24% stake in a 1.8 billion-pound deal from British billionaire brothers David and Simon Reuben, who had begun to whittle down their ownership in 2016. Shagang then became the largest shareholder.

Global Switch owns and operates 13 data centers in Europe and Asia Pacific spanning about 428,000 square meters, according to its website. Its clients include government organizations, mobile carriers and financial institutions.

Data center companies have been attracting strong takeover interest, in part due to perception of stable returns and expectations of ongoing growth as people increasingly rely on technology. Earlier this month, American Tower Corp. agreed to buy CoreSite Realty Corp., valuing the data-center real estate investment trust at about $10.1 billion including debt.