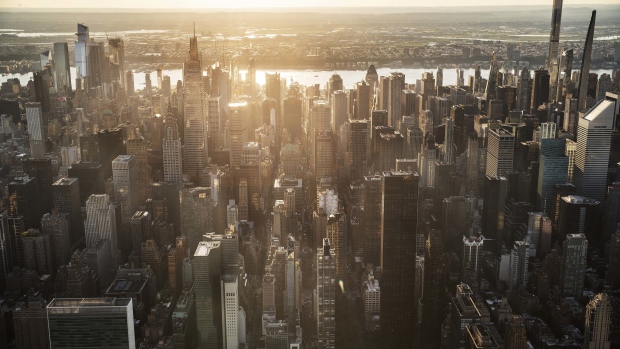 (Bloomberg) -- After a dismal year for US corporate credit, KKR & Co. sees opportunities to scoop up some of the battered debt next year.

Credit returns were crushed in 2022 as a double whammy of rate increases and recession concerns hit the market hard. High-grade bonds are nursing a total return loss of about 14%, while junk bonds are down 10%.

But the asset class is poised for a rebound, Christopher Sheldon, co-head of credit and markets at KKR wrote in an investor letter seen by Bloomberg. In the next 6 to 12 months, Sheldon expects credit to become more attractive relative to equity and yield to become more valuable to investors as quantitative easing comes to a close.

“Credit is likely to become a more significant part of asset allocation in the future relative to the last 10 years,” Sheldon wrote. He believes there is a lot of relative value in the marketplace today.

Markets broadly are poised for more volatility as the Federal Reserve tries to rein in inflation, and the economy is expected to get worse before it gets better. But KKR is starting to “lean in” to credit again and says it would be prudent for investors to be ready to buy “on the way down.”

KKR sees opportunities in the asset class broadly. Where to put cash to work will depend on individual investor needs around volatility, duration risk, liquidity and returns, the letter said.

KKR is not alone in betting on a credit comeback. Bank of America Corp. strategists are expecting double digit returns for blue-chip debt next year and a high-yield total return around 7.3%. JPMorgan Asset Management’s chief investment officer Bob Michele said last month on Bloomberg TV that high-quality fixed income will be an “anchor in the storm” heading into a recession.

And credit trades shunned this year are starting to gain some traction with investors again. Long-dated bonds, for example, gained 9% in November, its best month since 2008 as investors wager that rate hikes will slow.

To be sure, risks will be abundant next year as the market braces for a downturn and looks to the Fed for guidance on how high rates will go and how long they will stay there. Defaults are expected to rise and the amount of distressed debt in the market is hovering near the highest level since 2020.

But even though the macro backdrop remains murky, that shouldn’t stop investors from looking at credit, Sheldon wrote.

“Short-term volatility isn’t a good reason to delay investing,” he said. “When the credit market rallies, it tends to happen rapidly. As market liquidity drains from the economy, Sheldon sees the possibility for a “violent rally in spread.”

“The main risk is a severe slowdown in terms of fundamental performance in corporate credits,” he said. Growth is slowing and there is a risk that the slowdown could accelerate.

KKR oversees $496 billion. Its credit arm, the largest segment of its assets under management, was $186 billion as of Sept. 30, according to the company’s website.