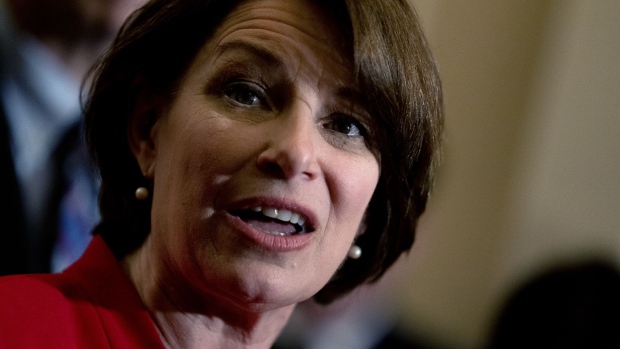 (Bloomberg) -- The four lawmakers responsible for antitrust legislation defended their bill to allow state attorneys general to determine the venue to bring an antitrust case, a measure that would prevent companies from choosing a court that might be more sympathetic to their defense.

Senator Amy Klobuchar of Minnesota and Rhode Island Representative David Cicilline, both Democrats, joined with two Republicans, Senator Mike Lee of Utah and Representative Ken Buck of Colorado, on a letter addressed to a judge who questioned the bill to exempt antitrust cases brought by attorneys general from review by the Judicial Panel on Multidistrict Litigation. This exemption already exists for federal antitrust cases.

The bill “reaffirms the importance of state antitrust enforcement,” according to the letter, addressed to Judge Roslynn Mauskopf. “State attorneys general have critical opportunities to protect consumers from the problems that result from monopolies and oligopolies.”

The lawmakers’ letter also points that the judge’s complaints hews closely to the argument by Alphabet Inc.’s Google concerning the appropriate venue for the antitrust case brought by states, including Texas.

“It strikes us as unusual, if not inappropriate, for the Administrative Office of the United States Courts to adopt the arguments of a party in active litigation before the federal courts in a policy letter to Congress,” the letter says.

The bill in question, H.R. 3460, was approved by the House Judiciary Committee with bipartisan support but has yet to get a vote from the full House. A similar bill already passed the Senate.