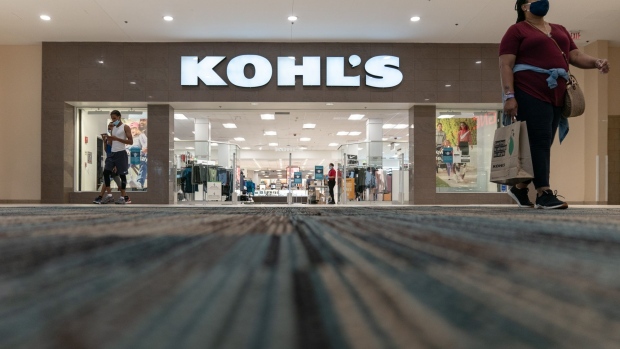 Kohl’s Corp. is under pressure from a group of activists who want to name nine directors to control its board and press the retailer to reduce inventory and streamline promotions, according to a person familiar with the situation.

The group holds a stake of about 9.5 per cent in Menomonee Falls, Wisconsin-based Kohl’s, said the person, who asked not to be identified. The activists include Macellum Advisors GP LLC, Ancora Holdings Inc. and Legion Partners Asset Management LLC, as well as 4010 Capital LLC.

The group earlier this year nominated nine directors to join Kohl’s 12-person board, the person said. The board effort and the size of the stake were first reported Sunday by the Wall Street Journal.

A representative for Kohl’s didn’t immediately return a request for comment.

Like other major U.S. retailers, Kohl’s struggled as the pandemic took hold in early 2020 and continued to hurt back-to-school sales in an era when many students are homebound. The company’s shares have rebounded since its disappointing third-quarter earnings report, rising about 80 per cent since mid-November to US$52.70.

The activists are looking to place experienced retailers on the board to work with Chief Executive Officer Michelle Gass and want her to consider a sale-leaseback of some non-core real estate, the person said.

Even before the pandemic, the retailer had faced some recent struggles. It logged about a 1.3 per cent drop in total revenue in the year ended February 2020 -- right before COVID-19 hurt foot traffic at U.S. stores.

Even as Kohl’s raced to roll out socially distant services like curbside pickup, shoppers last year increasingly shifted their dollars away from department stores to internet giants like Walmart Inc. and Amazon.com Inc. In the critical holiday period, total revenue dropped 10 per cent, preliminary results show -- though that’s better than the chain’s performance at the height of the pandemic. It will report results for the most recent 12-month period in early March.

In a bid to differentiate Kohl’s from its peers, many of which are based in traditional malls, Gass has tried several out-of-the-box ideas, including becoming a drop-off point for Amazon returns. In December, it announced a plan to open Sephora shops inside at least 850 Kohl’s locations by 2023 to attract more customers.