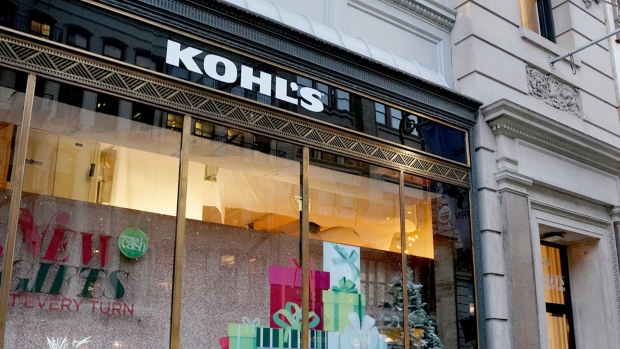 Kohl’s Corp., looking to pivot from the havoc of Covid-19 that’s sent its stock down about 60 per cent this year, is promising better margins and more stretchy pants in a bid to win back skeptical investors.

According to a new presentation for investors, the retailer plans to increase activewear sales to be at least 30 per cent of its business, up from about 20 per cent in 2019. Kohl’s also sees operating margin at 7 per cent to 8 per cent-- a level the company has only reached once in the last eight quarters -- as it improves its supply chain, manages inventory and adopts automation. The company does not have a time frame to achieve these metrics.

The trend toward sports and leisure apparel will be “lasting and enduring,” Chief Executive Officer Michelle Gass said in an interview, adding the company sees consumers “dressing much more casually, comfortably and active.”

Kohl’s, which is creating its own athleisure brand for sale starting in March, is leaning into comfy clothes as the pandemic drives more Americans into hoodies and yoga pants. It already saw a 100 per cent increase in activewear sales in April, a period when many stay-at-home orders were in effect. Some of its stores were closed as long as 17 weeks, which put a hardship on its business, Gass said.

The department-store chain has also said it will expand outdoor apparel from companies such as Columbia Sportswear Co. and Lands’ End Inc., while giving more space in stores for plus-size items. It will also offer footwear from Cole Haan Inc. starting next spring, while expanding its selection of cosmetics and beauty products.

At the same time, Kohl’s said it will pare back when it comes to slower moving categories such as men’s dress clothes, handbags and fine jewelry. The down-trending brands floor space will go to more productive merchandise.

The company is touting its history of returning capital to shareholders -- implying that dividends that were suspended earlier this year amid the pandemic could be back on the table soon. Kohl’s says it will commit to a long-term capital return program “once the environment stabilizes.”

By introducing a private label, Kohl’s is setting itself up for better margins -- but the challenge will be making the new brand stand out amid the competition, said Simeon Siegel, an analyst at BMO Capital Markets.

“They’re not the first to pivot to athleisure and activewear and they’re certainly not going to be the last,” Siegel said.

While the spread of Covid-19 has shown no signs of slowing down, there are nonetheless signs that consumer patterns are returning to normal. September retail sales grew at the fastest pace in three months, according to the U.S. Commerce Department.

Even so, it won’t be easy operating during a pandemic that has created lasting changes to the way people shop. Gass said that, while challenges remain, investors are still underestimating the company’s potential.

“I think about our business and I look at what can we control in this environment that has so much uncertainty,” she said. “With that said, we’re coming out the other side and yes, we are going to be rebuilding.”