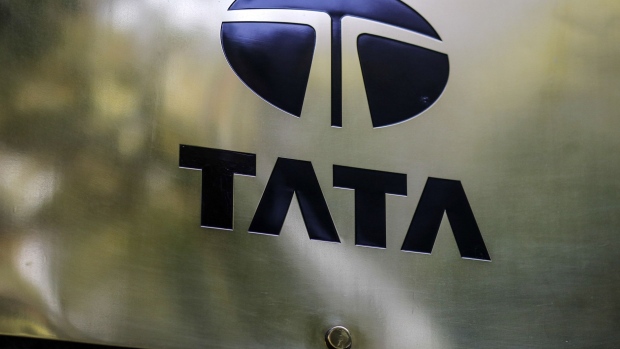 Signage for Tata Consultancy Services Ltd. is displayed outside the company's headquarters in Mumbai, India, on Saturday, Nov. 5, 2016. Cyrus Mistry, the ousted chairman of India's biggest conglomerate, was replaced as Tata Sons chairman by his 78-year-old predecessor Ratan Tata at a board meeting on Oct. 24. Tata Sons said the conglomerate's board and Trustees of the Tata Trusts were concerned about a growing “trust deficit” with Mistry, which prompted the company to remove him. Photographer: Dhiraj Singh/Bloomberg , Photographer: Dhiraj Singh/Bloomberg

(Bloomberg) -- Faqir Chand Kohli, the founding chief executive officer of Tata Consultancy Services Ltd., who steered the Indian company for three decades, has died. He was 96.

Kohli, who was asked to join the fledgling TCS in 1969 by then Tata Sons Ltd. Chairman Jehangir Ratanji Dadabhoy Tata, did his post graduation from the Massachusetts Institute of Technology before joining Tata group’s power unit in 1951.

Tata Consultancy began as a management and technology consultancy before Kohli turned the company’s focus to software development, earning him the sobriquet ‘father of India’s IT industry.’ His strategy paid off as TCS and rivals were ready to tap the global rush to safeguard computers from the Year 2000 bug. Meanwhile, TCS has seen its market value surge to $138 billion from $10 billion when it listed in 2004, making it Asia’s biggest IT services company by value.

“He was a true legend, who laid the very foundations for India’s spectacular IT revolution,” Tata Sons Chairman N Chandrasekaran, who was hired as a trainee in TCS by Kohli, said in a statement. “Mr. Kohli led innovations in areas far-ranging from adult literacy, water purification, software engineering, software automation, complex-systems and cybernetics.”

TCS was set up on April 1, 1968. In its initial years the company helped local banks with computerizing inter-branch reconciliations, Kohli said in an interview to Bloomberg Businessweek in 2004. In 1972, the company computerized the telephone directory of Mumbai, which was then called Bombay.

The outsourcing business, which also helped spawn companies such as Infosys Ltd. and Wipro Ltd., was still a few years away. Kohli saw an opportunity when he became the director of the Institute of Electrical and Electronics Engineers in New York. The role took him to the U.S. city where he built contacts in Burroughs Computers, the second-largest computer company in the U.S. then.

Burroughs soon became TCS’ client and asked the Indian company to develop a health-care system to sell to their clients along with the company’s B1700 new series of computers.

“TCS was in business,” Kohli said in the 2004 interview. “Each time Burroughs changed their computers, they used us.”

Burroughs outsourced many jobs to TCS, according to the History of Computing in India by V. Rajaraman. TCS also sought business from Iran, Switzerland, South Africa, and Canada besides the U.S., according to Rajaraman.

“TCS was able to demonstrate that software services export from India was feasible and profitable,” Rajaraman said.

Decades later, Indian software companies were ready when a quarter of the world’s 1,000 largest companies sought a solution to help their computers recognize the Y2K bug.

The success of the Indian code writers lured new business to develop software to help people use their cell-phones to buy goods and services over the internet. The software services business generated $191 billion of revenue in the year to March, according to the National Association of Software and Services Companies.

Kohli, who was born in Peshawar in 1924, which was then part of undivided India and is today in Pakistan, became the general manager of TCS in 1969 and the CEO five years later. He retired from the company in 2000 but continued to work for the Tata Group in an honorary capacity, according to TCS.

“Many years ago, there was an industrial revolution; we missed it for reasons beyond our control,” Kohli said in a speech to the Computer Society of India in 1975. “Today there is a new revolution – a revolution in information technology, which requires neither mechanical bias nor mechanical temperament. If we miss this opportunity, those who follow us will not forgive us for our tardiness and negligence.”