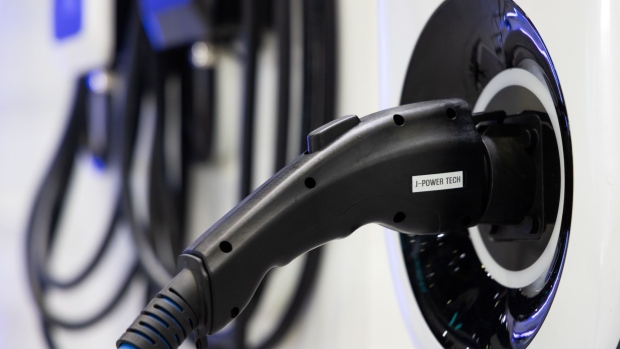 (Bloomberg) -- South Korea’s electric car battery makers are shielded somewhat from a weak won, even though they import a lot of raw materials in US dollars, because demand is propping up earnings, according to Barings Asset Management Korea Ltd.

“In the short term, especially for the third quarter, their earnings seem to be fine,” Hyun Choi, the fund manager’s Seoul-based head of Korean equities, said. “But I’d add this -- if this situation continues, it will become a burden for them.”

Concern that margins may come under pressure at companies like LG Energy Solution Ltd. and SK On Co. is growing as Korea’s won weakens, making it among the worst-performing currencies in the region. The country’s central bank chief has said South Korea should encourage repatriation of offshore capital to ride out the deepening crisis.

Compounding those worries are rising prices of precious metals like lithium, which has surged this year amid global supply chain disruptions.

The average price of cathode-active materials, a core ingredient that accounts for around 40% of the cost of an EV battery, doubled to $42.37 per kilogram from $21.81 per kilogram at the end of 2021, LG Energy said in a filing last month.

Batteries are the most costly part of an electric car and LG Energy is Korea’s biggest battery maker.

Automakers however are stomaching higher prices of batteries because consumer demand for cleaner cars is robust, Choi said.

“The electric vehicle industry is small but consumers are accepting the price increases of EVs,” he said.

(Updates with detail on other companies in text box.)