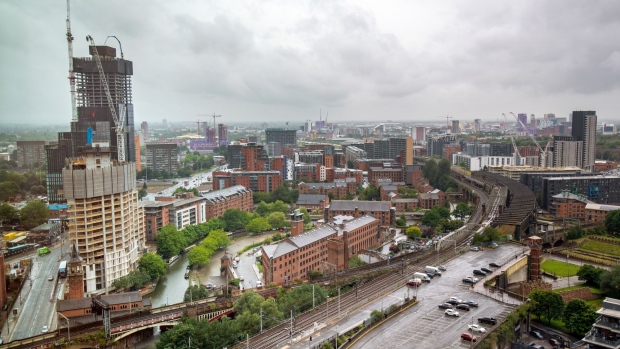 (Bloomberg) -- Accounting firm KPMG is expanding its Manchester presence with extra tech workers and a revamped office space with meetings at its core.

The company will spend £5.5 million ($6.6 million) on redesigning its office in the English city with an emphasis on tools and space for teamwork, KPMG said in a statement on Monday. The plan includes launching a 25,000 square-foot hub next spring for its tech-focused Ignition program, which helps staff collaborate in dozens of cities globally.

KPMG is the latest international firm to grow beyond London, with banks such as Goldman Sachs Group Inc. and Citigroup Inc. finding it easier to secure lower costs and skilled graduates outside the UK capital.

“Manchester’s thriving tech center is a hive of activity and the city has really established its reputation on the world’s stage as a leader in this field,” said Jon Holt, chief executive officer at KPMG UK.

The redesign will come with an unspecified number of extra jobs. The accountancy firm employs about 1,200 people in Manchester, including 260 working in tech roles. Together with its Big Four rivals PwC, Deloitte and EY, it’s part of a rare corner of the economy where hiring sprees are still the norm.

KPMG’s new Ignition hub will feature so-called sprint rooms -- spaces where employees and clients can team up for weeks and months to develop ideas. It will also include a data center where companies can test scenarios and explore real-time data.