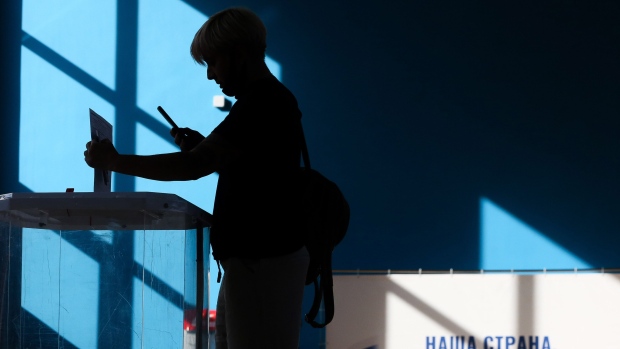 A Russian votes in the 2020 referendum on extending presidential term limits. , Bloomberg

The Kremlin hailed as “a triumphant vote of confidence in President Putin” the overwhelming approval by voters of his bid to extend his two-decade-long rule potentially to 2036.

“Such high levels of turnout and such support would have been hard to forecast,” spokesman Dmitry Peskov told reporters in a conference call.

Vladimir Putin, in his first public comments on the vote, said Russia remains “very vulnerable” given the relatively short period since the 1991 Soviet collapse. “We need internal stability and time to strengthen the country and all its institutions, so I thank everyone who supported the amendments,” he said in televised remarks.

In voting that concluded Wednesday, 78 per cent of Russians backed the package of amendments, with turnout of 65 per cent, according to the Central Election Commission. Independent vote monitors claimed widespread manipulation and pressure on voters, but officials denied any significant violations.

Amid rising public discontent about stagnant living standards, the Kremlin pulled out all the stops to ensure a high turnout and resounding approval in balloting that started last week. Authorities wooed Russians with populist sweeteners such as an effective constitutional ban on gay marriage, along with prize drawings for voters, while playing down the removal of term limits for Putin and blocking any campaigning against a ‘yes’ vote.

Putin, a former KGB colonel who was first elected in 2000, is already the longest-serving Russian leader since Soviet dictator Josef Stalin. The plan would give him the right to run for two more six-year terms after his current mandate runs out in 2024. While insisting he hasn’t decided if he’ll run again, Putin said last month speculation over a possible successor would be destabilizing.

“The main result is the formal legitimization of the zeroing” of presidential term limits for Putin, said Mikhail Vinogradov, head of the St. Petersburg Politics Foundation. “Plus the ability to maintain a relatively high level of declared approval for the actions of the authorities, even though the pandemic hasn’t scored many points for them.”

Peskov, the Kremlin spokesman, said Putin had already received calls of congratulations from the leaders of India, Kazakhstan, Uzbekistan, Tajikistan and Azerbaijan.

The 67-year-old leader is confronting a slump in poll ratings as Russia’s economy reels under the impact of the coronavirus epidemic and a collapse in oil prices. Once the referendum is out of the way, the Russian president will face the task of navigating through one of the deepest recessions of his time in office.

The referendum failed to pass only in the sparsely populated Arctic Nenets Autonomous Region, where the proposal got only 44 per cent for and 56 per cent against, according to RIA Novosti.

The official result of 78 per cent for the proposals came in higher than an exit poll conducted by state-run pollster Vtsiom, which found 71 per cent of Russians had supported the plan.

Officials said the vote was a model of transparency and openness but independent groups were more critical.

Golos, which monitors elections, said the vote was “nothing more than a PR-action aimed not at reflecting the free will of citizens but at creating the perception of that will that’s necessary to the authorities.”

Putin caught even many in his inner circle by surprise in January when he announced plans to carry out the most extensive reform of the constitution since it was adopted in 1993. But the clause allowing him to sidestep term limits didn’t appear until March, even if some officials later suspected that had been his plan all along.

Putin’s popularity rating at 60 per cent -- though still respectable by western standards -- is around the lowest levels since he became president in 2000, according to the Levada Center, an independent pollster in Moscow. 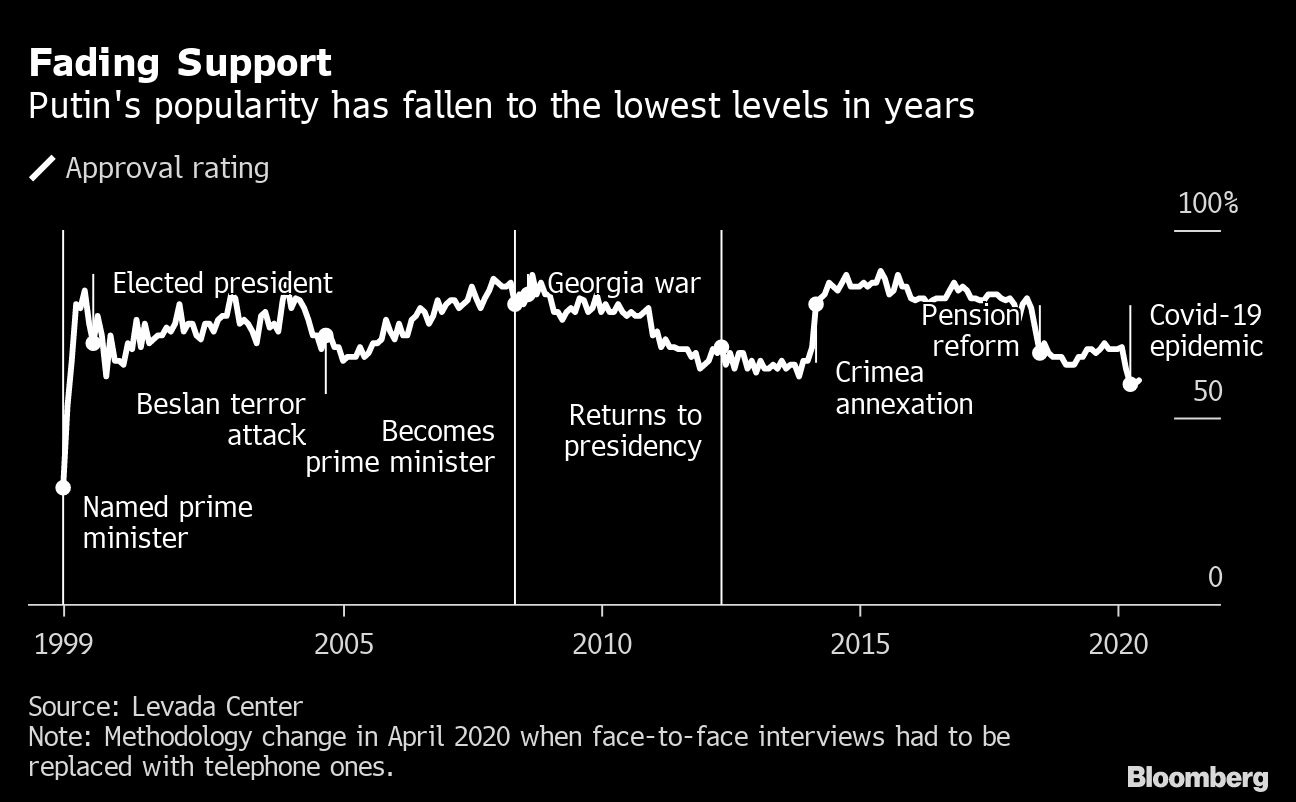 Small, scattered protests were reported around the country, including one in the capital that drew a significant police presence.

“This vote will even more strongly polarize society and divide the majority from the minority,” said Boris Makarenko, president of the Center for Political Technologies, a Moscow political consultancy.

“This is a dangerous precedent of the complete destruction of electoral procedures,” he added. “The temptation will be very strong to repeat these practices at later elections.”

State workers were pressured into voting, according to Golos, that the use of large-scale online balloting for the first time and the week-long process made it harder for independent observers to uncover any violations.

“Unprecedented compulsion on the part of employers was reported,” said Grigory Melkonyants, Golos co-chairman. Local election commissions “took advantage of the completely intransparent nature of the procedures to manipulate turnout and ballots,” he said.

--With assistance from Henry Meyer.