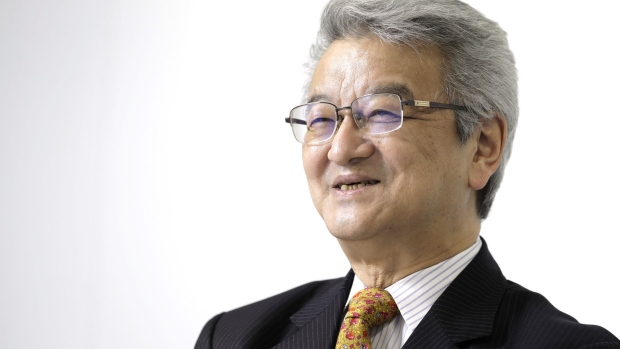 (Bloomberg) -- The Bank of Japan may achieve its inflation target in 2023 as the cost of living has consistently exceeded market expectations this year, according to Takatoshi Ito, a contender to replace Governor Haruhiko Kuroda in April.

“I’ve been thinking lately that it might be possible to achieve the BOJ’s price target,” Ito said in an online government forum Monday exploring the impact of the 2% price goal as it approaches its 10th anniversary in January. “Inflation is already spreading to a vast range of services and goods.”

Kuroda has credited Ito for teaching him the significance of having a 2% target. Economists see the Columbia University professor as a candidate to either replace Kuroda or one of the deputy governors after the current top brass steps down in the spring.

Ito’s remarks are likely to keep speculation smoldering over possible policy adjustment next year, as investors’ focus gradually shifts beyond Kuroda’s 10-year stint. Kuroda, who worked with Ito at the finance ministry, has said the BOJ will clearly communicate its exit plans when it approaches stable 2% inflation.

One of the biggest uncertainties over inflation is whether Japan will have robust wage growth to back up inflation, Ito said, echoing remarks made by Kuroda on the sustainability of rising prices this year.

Japan’s real wages have fallen for six straight months through September. The streak of declines points to high uncertainties surrounding the outlook for consumer spending, after pent-up demand from the pandemic runs its course.

Still, Ito’s remarks indicate that one of the most ardent advocates of the 2% inflation target sees the BOJ within reach of its goal, a condition that would likely open the door to consideration of policy change.

Just last week, one of the central bank’s new board members called for a review of policy if certain economic, price and wage conditions are met.

Read more: BOJ Board Member Calls for Policy Review at the Right Time

Ito said there is no need to change the target level from 2%. Still, the goal could be changed to a range, with a deviation of 0.5 percentage point either side of 2% for example, he said. It could also be made a mid-term target, he added.

The existing joint statement between the central bank and the government that established the price goal targeted the short-term. When Kuroda took the helm of the BOJ, shortly after the target was established, he aimed to reach it in around two years.

“I hope we can achieve a shift to demand-pull inflation from cost-push inflation next year,” Ito said. “It’s a very important point that this is now a chance for us.”

--With assistance from Hiroyuki Sekine and Sumio Ito.