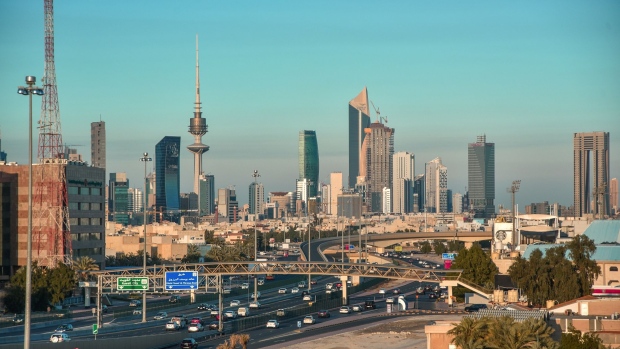 Skyscraper office buildings, including the Al-Tahreer Tower, also known as the Liberation Tower, beyond a highway in Kuwait City, Kuwait, on Sunday, Jan. 9, 2022. Global warming is smashing temperature records all over the world, but Kuwait — one of the hottest countries on the planet — is fast becoming unlivable. Photographer: Bassam Zidan Ahlawy/Bloomberg , Bloomberg

The deficit -- which would be the ninth in a row -- is projected at 3.1 billion dinars ($10.3 billion), much narrower than the current year’s estimate of 12.1 billion dinars, according to the Finance Ministry. Spending is seen at 21.9 billion dinars.