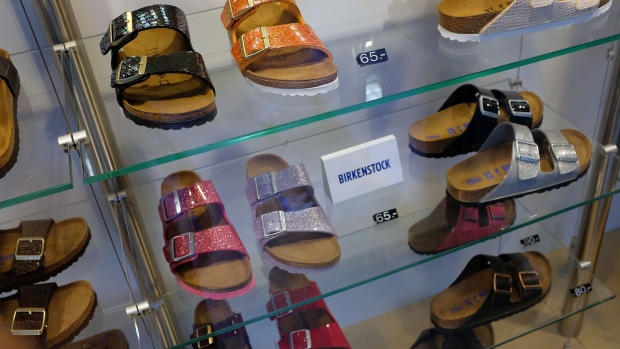 (Bloomberg) -- L Catterton, the private equity firm backed by luxury French fashion house LVMH, is starting to pull ahead in the bidding for iconic German sandal maker Birkenstock, people with knowledge of the matter said.

Birkenstock’s owners are currently focusing on negotiations with L Catterton as they prefer the investment firm’s track record buying and expanding family-backed consumer brands, according to the people. They also see the potential to grow in Asia with L Catterton’s network in the region, the people said, asking not to be identified because the information is private.

The situation is fluid, and there’s no certainty of a transaction, they said. Representatives for L Catterton, Birkenstock and CVC declined to comment.

Birkenstock is a nearly 250-year-old brand best known for its sandals that are popular with hippies and preppies alike. The style has spawned a range of luxury variants from labels including Celine and Givenchy, following a celebrity-powered bump in the 1990s and 2000s.

The company sold 23.8 million pairs of shoes in the financial year through September 2019, which helped sales rise 11% to 721.5 million euros.