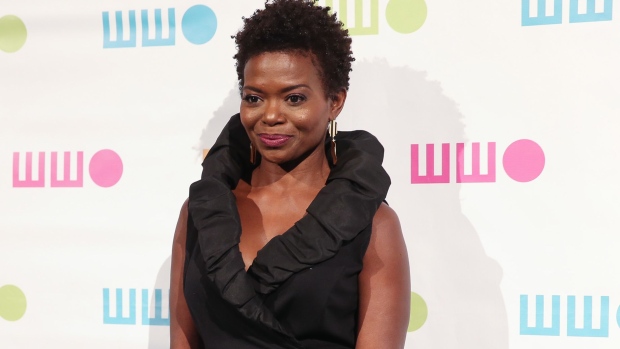 (Bloomberg) -- LaChanze is about to debut in a role 66 years in the making. On Oct. 29, the Tony-, Obie-, and Emmy Award-winning actress will star in the the Roundabout Theatre’s production of Trouble in Mind. Written by Alice Childress, the play about racism in theater premiered Off Broadway in 1955. It was supposed to head to Broadway in 1957, but Childress declined to rewrite the ending to appease producers who wanted her to make the White character more likable. The conversation below has been edited slightly for brevity and clarity.

Trouble in Mind never made it to Broadway in 1957. What happened?  This play is about a middle-aged actress who was going to do a Broadway show. The story centers on the issues that the Black female actor has to contend with a White male director. The producers that wanted to bring the show to Broadway back in 1957 asked Alice Childress to change her ending, to make the White male character more likable. And she refused because she wanted to tell her authentic experiences. Because she said no, they did not bring it to Broadway.

Sixty-six years later, here we are. The Roundabout Theatre Company has taken on the challenge to produce Trouble in Mind in its original text, which is very profound and powerful. It deals with race. It deals with theater. It deals with gender. It deals with the arts. It deals with identity, and—believe it or not—it’s hysterical. It’s a funny play. It’s a touching play. It’s a play that makes you sit back and go, “Hmm, I haven’t thought about it that way before.”Is it still fully relevant to today?Most definitely. The group of actors in this production were all so amazed at how relevant her writing is today. Alice Childress has this unique way of bringing the voice of the voiceless to the stage.

You’re the founder of Black Theatre United. What are you trying to accomplish?Black Theatre United was formed back in June 2020 after the murders of George Floyd and Breonna Taylor. There were a few of us in the Black theater industry who were outraged that our industry had not come together and spoken up in unity and [against] the social injustice that was happening, that the world had become aware of. Why was our industry so silent? I put out a tweet that was asking this very question. And Audra McDonald saw it, who also happens to be in the theater and just happens to be a friend. She called me and said we need to do something. She said let’s call some of our friends. Black Theatre United was formed.

[The 19 founding members include] Kenny Leon, Billy Porter, Audra McDonald, Norm Lewis, myself, Tamara Tunie, Anna Deavere Smith. And the list goes on. We wanted to use our collective experience, our collective presence, and power to have people pay attention to the fact that this has got to stop. We need to make our theater community more sensitive to the Black life experience. We want more of our stories told in an authentic sense. And we want theaters, theatergoers, and theater professionals—not only onstage but also offstage—to reflect the diversity of New York City.

We’ve hosted town halls, and we put a document together called A New Deal. We had six months of conversations with theater owners, theater producers, unions, and certain creatives and designers to talk about how we can make our industry stronger, better, and more inclusive.How do you actually do that?We want to effect lasting change, so we got the leaders involved. I can name a few that I’ve worked with, that all came on board to help us. Tom Schumacher, the head of Disney Theatrical, David Stone—they’re two of our largest champions. They really made a commitment to help this change going forward. And they’re committed to doing it because once we said, listen, this isn’t fair.

We need to have more stories told that represent not only our trauma, but just our drama. We have enough trauma in our history. We don’t need to see that repeated over and over and over again. If I have to see another Black man being beaten by a police officer in entertainment, I’m going to vomit. I really need to see another side of that young Black man’s life. That it’s not just about how he’s being traumatized, but how he lives in his daily life. And so we’re really focusing on being a little bit more sensitive in our storytelling and telling the diversity of our stories. We’re not a monolith.

We have completed our strategic plan. And we do have as one of our “down the road” plans to have our own theater and create our own productions, bring in young artists, and to have a gallery of new thinkers. Not only just writers, but set designers and costume designers and lighting technicians and crew members.

Looking at your website, you do workshops not only on acting and auditions, but on the actual business side of the business. Do enough younger people who are just getting into the profession have adequate access to information on how the industry actually works?No. And that’s another reason why we formed Black Theatre United, because there is no rulebook for theater. There are so many musical theater programs in universities, and they teach these young artists how to be great artists, how to be great performers, but they don’t teach them that this is a business.

It’s not just how good you are. It’s learning about money, learning how to save your money, learning what to ask for, knowing your value, knowing percentages. There’s this whole notion that’s been around for years, that we shouldn’t talk numbers. I’m completely against that. One of the things we should do is share numbers so that we will all know what we’re worth and what the value is.

So that one person that could be making five grand is only being told that they’re worth one grand. You take the job because you’re so excited to have a job, but you’re undervaluing yourself. Whereas a White counterpart may be making five grand from the beginning.I saw you back in 1990 in Once on This Island. If we were going to speak five years from now, will there still be a Broadway? What do you think it’s going to look like?Oh, definitely. I think it will be a Broadway that is the most inclusive representation of where we are today. When I first got started in the business, my heroes were Stephen Sondheim, Gershwin, Rodgers and Hammerstein. These were the artists that I had been studying. I think the generations ahead of us are going to be studying Lin-Manuel Miranda. They’re going to be studying Lynn Nottage. They’ll be studying Jeremy O. Harris, studying artists that are making statements today that the younger generations will grow and thrive off of.Why does Broadway matter? Whenever there are dark times in New York, after 9/11—which touched so many people, and I know touched you personally—after the economic downturn, and now with the pandemic, there’s always this “Broadway’s back, we’re going back to the theater!” Why is convening in a live space watching live performance so important?Because the exchange that live performers have with a live audience is visceral. It reminds us of why we’re alive. There’s nothing like sitting in a theater and having incredible performers in front of you, performing at the height of their talent and having that intrinsic exchange with the audience. It reminds us that we’re human beings and that we all can connect. Even in this room with maybe a thousand people, we’re all emotionally connecting and sharing this space with this incredible story that’s being told, which is reflecting our lives.

And when it’s not there, there’s such a loss. There’s such a feeling of emptiness. We need theater. We’ve always needed stories, even way back in the early days of Africa where theater got started, when people would sit around in a circle and have people stand in the front and act out experiences. We’ve always needed stories, and the spectacle of it today on Broadway is something that we can really use right now, especially after a year of being in lockdown.