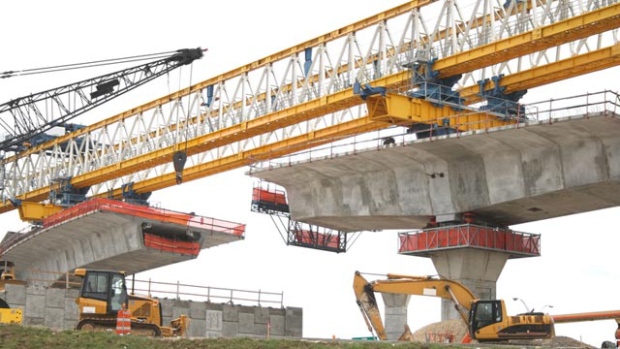 The Parliamentary Budget Officer is warning Ottawa is at risk of missing its growth targets as a result of delays in finding shovel-ready projects to allocate its infrastructure plans. In a new report, the PBO said of the $13.6 billion earmarked in the first phase of its new infrastructure spending plan , only $4.6 billion worth of projects have been identified, putting stimulus targets at risk.

“The Government has provided no performance measurement framework with which to evaluate the NIP’s performance, and only limited visibility on tracking how the money is being spent,” the PBO wrote in its analysis released on Thursday.

“The [new infrastructure spending program] is a key component of the Government’s economic plan,” the PBO wrote. “Because of the gap between funds that have been announced and the value of projects identified, the Government is at risk of not realizing this projection.”

The budget watchdog had previously warned infrastructure spending slowed in the second quarter, putting the government at risk of having to extend the timeline of its spending plans.