Could see a U.S. Fed rate hike in the first quarter of 2022: Former Fed insider

“When the conditions of our forward guidance are satisfied, we will not hesitate to act,” Lagarde told Reuters in a webcast interview on Friday.

Her remarks come just days after data showed euro-area consumer prices shot up 4.9 per cent in November -- the fastest rate since the common currency was created -- and jumped quicker still to 6 per cent in inflation-averse Germany.

The comments also follow an abrupt hawkish shift from Federal Reserve Chair Jerome Powell, who suggested this week that the word “transitory” should no longer be used to describe what’s happening with inflation. 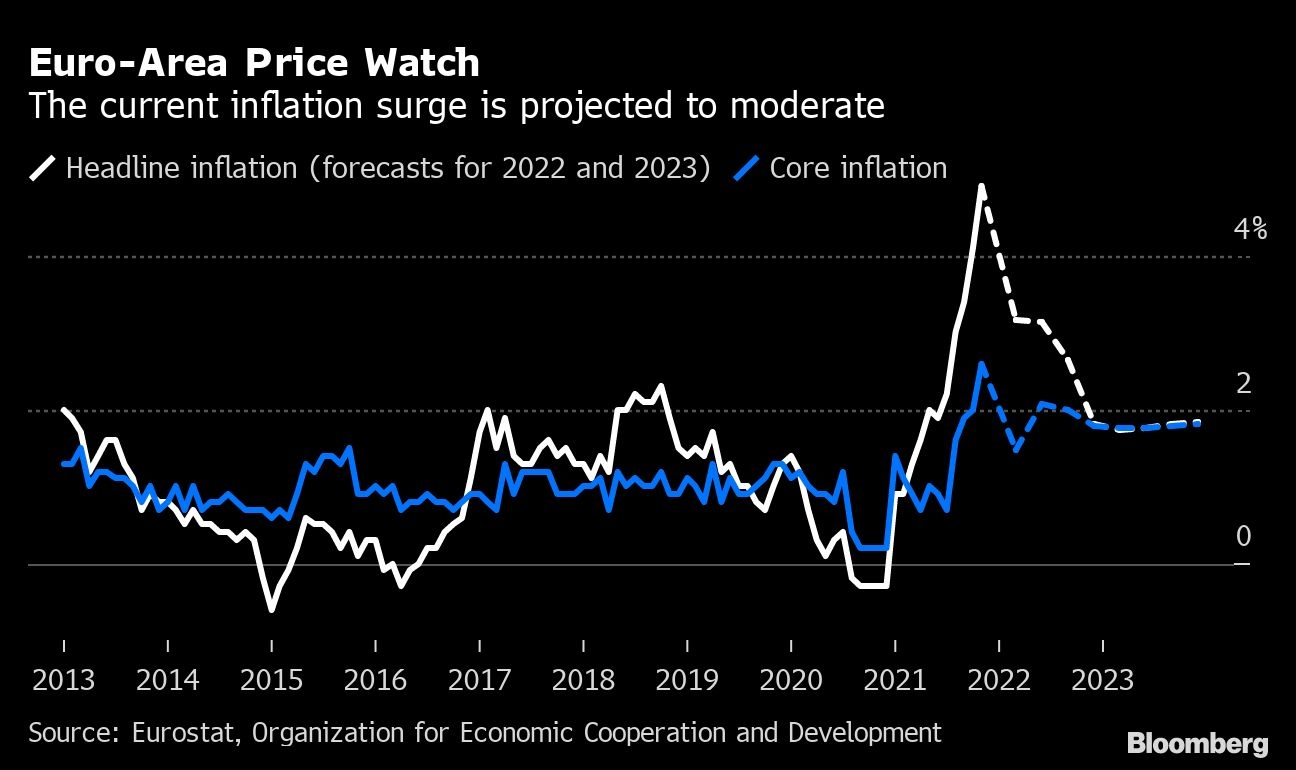 Lagarde on Friday described the current spike in prices as temporary and said it wasn’t appropriate to compare Europe to the U.S. Inflation is likely to slow next year, when the impact of a 2020 cut in Germany’s sales-tax fades and upwards pressure on energy costs eases, she said.

“A hump eventually declines, and this is what we project for 2022,” Lagarde said. “We believe that we are now at the high level of the hump and that it will start declining.”

Even so, as she spoke money markets brought forward bets on a 10 basis-point rate hike from the ECB to December 2022 from February 2023.

With a hike still some way off, the near-term focus is on the ECB’s Dec. 16 meeting, which is set to determine the future of its stimulus measures and present updated economic-growth and inflation projections.

Net purchases under the bank’s flagship 1.85 trillion-euro (US$2.1 trillion) pandemic bond-buying program, known as PEPP, are due to expire at the end of March -- a timetable Lagarde said remains in force under current conditions.

The question is what will happen to a separate asset-purchase program as PEPP ends -- especially with the health and economic implications of the Omicron variant of the coronavirus still largely unknown.

Given the uncertainty, Lagarde said she’d prefer not to make long-term commitments.