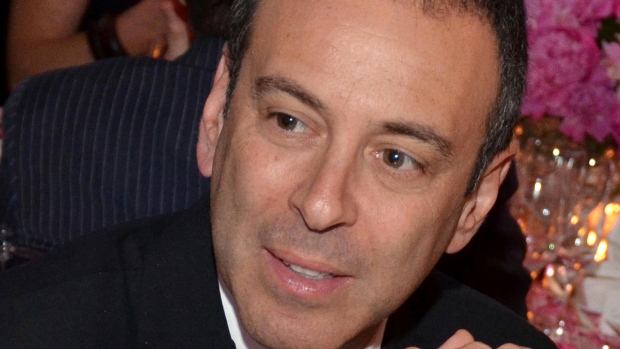 Back when Eddie Lampert was campaigning for approval of his plan to rescue Sears, he emphasized his promise to give severance to employees who lost their jobs after the retailer went bankrupt. If liquidators wound up with the chain, he told Sen. Elizabeth Warren in February, “these employees would be getting nothing.’’

That may still be what they get in the end.

Warren and Representative Alexandria Ocasio-Cortez criticized Lampert Friday for backing off his pledge, after his firm said in court papers it might not pay the former workers because it didn’t get all the funds it expected from the old Sears Holdings Corp.

“You are betraying the commitment you made to Sen. Warren, to the bankruptcy court, and most importantly, to the tens of thousands of workers who have lost their jobs and face uncertain futures after your exploitative tenure at Sears,” the lawmakers wrote to Lampert in a letter dated May 30. They asked him to respond by June 14 to a series of new questions about his plans for Sears, including the promise for severance of up to US$43 million.

Protecting severance has become a hot-button issue for elected officials, bankrupt companies and their advisers as some of the biggest chains get consumed by the U.S. retail bust. Workers and their advocates say it’s unfair that bankers, consultants, lawyers and sometimes owners walk away with millions of dollars in fees and assets while long-time staffers are sent away empty-handed.

The issue burst into the political sphere after more than 30,000 Toys “R” Us workers didn’t get the severance they expected when the biggest U.S. toy retailer collapsed in 2017. Warren was among officials demanding that the chain’s old private equity owners and its financiers create a US$75 million fund for the workers. After initially balking, KKR & Co. and Bain Capital created a US$20 million fund.

Treatment of Sears workers emerged almost immediately as a central issue after the department store chain filed for bankruptcy last October. Lampert emphasized in his Feb. 19 letter to Warren that his rescue plan would protect jobs and pensions and ensure severance pay for those left behind. Lampert -- who was chief executive when Sears went bankrupt -- agreed to pay severance for the thousands of workers left jobless.

But in a May 25 court filing, Lampert’s Transform Holdco, which took over the Sears chain, said the administration of the old Sears corporation didn’t hand over the assets and funds he was promised, and the shortfall gave his new Sears the right to reduce its severance payment commitment “to zero.”

“I have been a long-term investor in a small number of companies and believe strongly in creating value for all stakeholders, especially the employees,” Lampert said in his February letter.