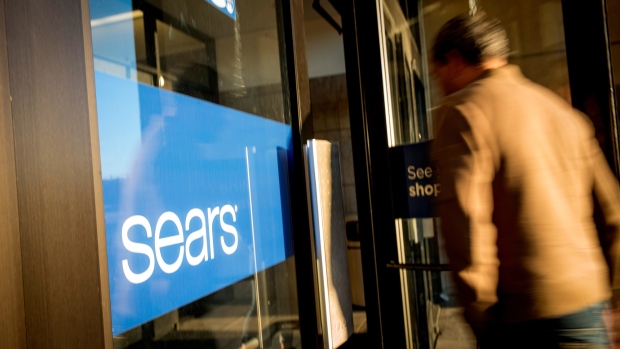 A customer enters a Sears Holdings Corp. store in San Bruno, California, U.S., on Friday, Dec. 28, 2018. Sears got another chance at survival after Chairman Eddie Lampert put together a last-minute, last-ditch bid to buy the retailer out of bankruptcy. , Bloomberg

Advisers for the hedge fund are drafting a bid that would satisfy conditions set in U.S. bankruptcy court on Tuesday, said a person with knowledge of the matter. The revisions would have ESL committing more capital, including the US$120 million that Lampert needed to post in advance to qualify for an auction set for next week, the person said.

ESL is planning to disclose its intentions in a regulatory filing, said the person, who wasn’t authorized to comment publicly. Lampert and ESL faced a 4 p.m. court deadline Eastern time to submit a revised offer so he could compete against other buyers who want to liquidate the company.

Representatives for Sears Holdings, based in Hoffman Estates, Illinois, declined to comment. A representative for ESL referred to its previous comments, which said the proposal “provides substantially more value to stakeholders than would be the case in liquidation and is the only option to save an iconic American retailer and up to 50,000 jobs.”

Sears is teetering on the edge of liquidation after the rejection of a previous offer from Lampert, whose hedge fund ranks as Sears’s biggest shareholder and creditor. Lampert made a US$4.4 billion bid to take over selected stores and keep the chain open, but he’s been unable so far to convince some of the other creditors that he could ever make Sears profitable again.

Lampert, who engineered the acquisition of Sears by Kmart in 2005, held about US$2.5 billion in Sears debt as of September, the result of multiple attempts to keep the chain afloat. It shuttered hundreds of money-losing stores, cut more than US$1 billion in annual expenses, and spun off units such as Lands’ End Inc.

The original bid doesn’t have sufficient upside for other creditors who are being asked to drop pending lawsuits against Lampert and ESL that challenge the validity of some of his prior rescue deals, according to Peter Kaufman, president of investment bank Gordian Group, which isn’t involved in the Sears case.

“Lampert has to beat the creditors’ view that a combination of liquidation recovery from the assets plus litigation claims against him” isn’t worth more than his plan to keep it as a going concern, Kaufman said. “ESL needs to make their deal more attractive than not, if he wants the creditors to play along.”

Some creditors have concluded that Sears is worth more to them dead than alive if the stores and other assets are auctioned off. U.S. bankruptcy court Judge Robert Drain reminded the Sears lawyers at a hearing this week that the company has an obligation to review all its options, not just the offer from Lampert.

One obstacle could be the official committee of unsecured creditors, who said in court they will continue to challenge the legitimacy of the liens underpinning the debt ESL holds. This could hobble Lampert’s bid, because he’s offering to pay for Sears in part by trading some of those debts for ownership of Sears.