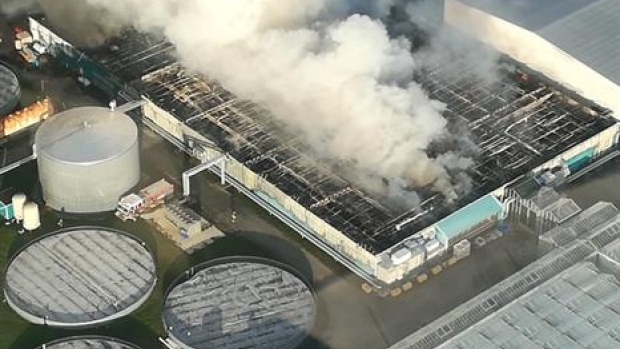 DELTA, B.C. - A prominent Canadian cannabis producer says a fire in Delta, B.C. has broken out at one of its disused greenhouses.

Canopy Growth says the blaze in Delta, B.C. is located at a facility that has not been in operation for several months.

Local police say they were called to the site at around 7:30 this morning.

They say no one appears to have been injured in the blaze, which sent dark clouds of smoke billowing into the sky.

Police say no one appears to have been inside the facility when the fire broke out.

They say the blaze will likely take several hours to extinguish completely.