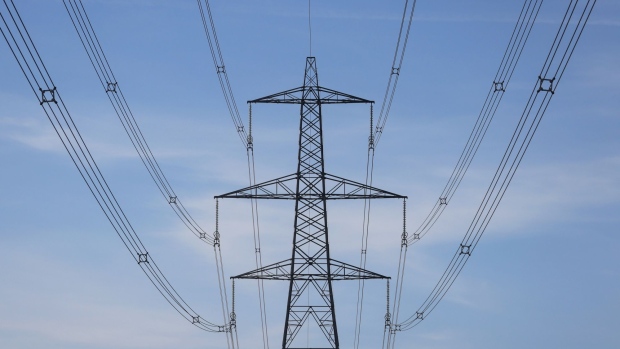 An electricity transmission tower near Rayleigh, U.K., on Tuesday, Sept. 21, 2021. U.K. Business Secretary Kwasi Kwarteng warned the next few days will be challenging as the energy crisis deepens, and meat producers struggle with a crunch in carbon dioxide supplies. Photographer: Chris Ratcliffe/Bloomberg , Bloomberg

The government has imposed three days of power outages a week in the country’s hundreds of organized industrial zones. The main electricity distribution company TEIAS verbally informed zone managers over the weekend and said written notices would follow.

More than half of the country’s electricity is produced in gas-powered plants, and the disruptions of flow come at a critical time, as Turkey struggles to cover the surging cost of gas imports with a badly weakened lira.

Iran, a major supplier of gas to Turkey, suspended the gas flows to Turkey for 10 days on Thursday, citing technical failures. It later said it restarted them, but Turkish officials denied that and sent a delegation to Tehran.

This is the first time that Turkish industrial companies have experienced power outages of this magnitude. Industry accounts for nearly a quarter of economic output, and nearly 10% of the country’s workforce is employed in more than 300 industrial zones.

Car maker Renault SA announced it will stop production at its Bursa plant for 15 days, according to reports in the Turkish press, as the outages compound the global chip shortage already battering the automotive industry. Turkey’s automotive sector is the country’s top exporter, accounting for 11% of all exports in 2021.

“Industrialists are appalled, disheartened and demoralized,” Dunya newspaper cited Mujdat Kececi, the head of a local industry trade association, as saying. “No one knows where the solution lies or when it will come.”