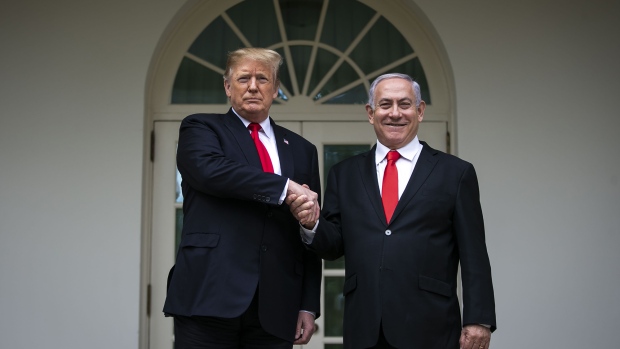 The Trump Administration scored a victory this week on the foreign policy file, brokering a deal with United Arab Emirates to normalize its relations with Israel. It probably does not swing the disenfranchised American voter much, but it is a much-needed small win for the COVID-beaten profile of the president. I surveyed the initial thoughts from geopolitical channels I follow, and the views are similar: It’s a small win. In my view, from a U.S. election standpoint, it probably is a non-factor. However, the market implications probably play out in the energy sector and not in a broad way.

The fall of the Berlin Wall showed that a peace dividend can be a powerful catalyst. In this case, the risk premium in the Middle East has most been carried by the price of crude oil and Brent-versus-WTI (West Texas Intermediate) spreads. Spreads in the oil futures markets did not move much on the news. Overall, Brent crude faces significant overhead technical resistance from the March 6-9 OPEC+ breakup gap and the falling 200-day average as shown in the chart below.

The combination of a more peaceful path in the Mideast, the risk of a second global COVID-19 wave, and the technical resistance on the charts suggests that we should see a near-term correction in crude markets. It’s not clear how long it could last, but growth uncertainties are much higher than growth tailwinds looking forward. It seems I’m in the minority view on this.

This could lead to a huge improvement in long-term democratic Mideast relations, which is a very welcome step. However, a change in the U.S. administration in the upcoming election may be a factor, too, given the Iran nuclear deal that Trump broke. So, there are many wildcards to consider for energy markets and there is no real clear path. But a peace dividend is always a welcome addition. 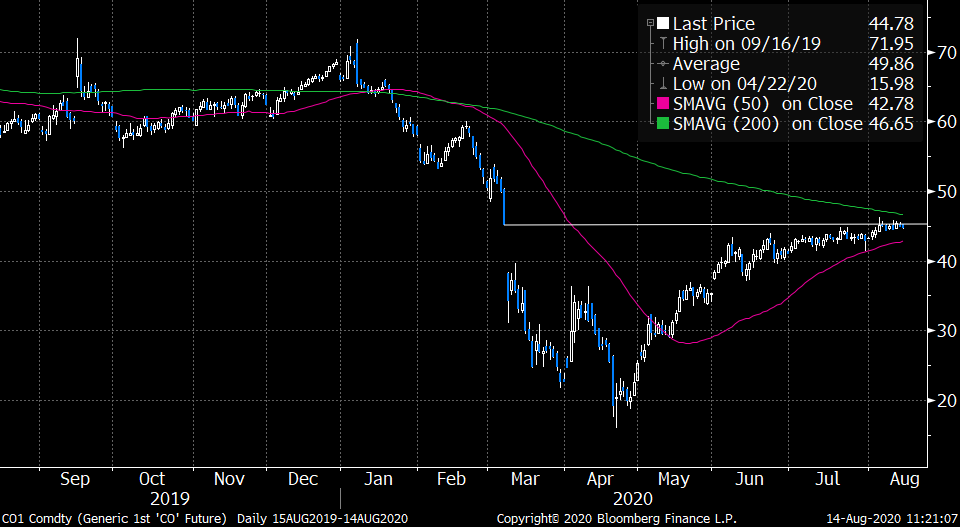 Below is a sampling of analyst reaction to the Israel-U.A.E. pact and its potential effect on the global economy and geopolitical relations.

According to Eurasia Group:

“Two key takeaways: the move gives the Trump administration a big boost before the November 3 elections as he struggles to keep up in the polls. It also reveals that lack of progress on the Israeli-Palestinian issue will no longer impede powerful Arab states from establishing formal ties with Israel, long the official position of the Gulf Cooperation Council. “

According to Stratfor Worldview:

The agreement sets a precedent for other states to normalize relations with Israel, particularly in the Arab Gulf region, with U.S. officials already signaling that Bahrain and Oman may soon follow with their own normalization declarations… But while the agreement promises to freeze Israel's annexation process, Israel has made it clear that it could pick up annexation later on.

According to Geopolitical Futures:

It’s a diplomatic breakthrough, as the UAE has become the first Arab Gulf state to normalize ties with Israel – which is one of the conditions for regional peace talks on an Israeli-Palestinian settlement… While many countries, including the U.S., Bahrain and Japan, celebrated the move, others were highly critical. The Palestinians see the agreement as a betrayal, and Palestinian President Mahmoud Abbas has recalled the Palestinian ambassador to the UAE.