The French elections have the potential to really shake the Trump rally. Those that say we should ignore it because it would be little more than a ‘Brexit’ result where markets dipped for a few days, then rallied strong, are naive. If France leaves the common currency, the EU project will look radically different in a few years than it does today.

The markets are benign to this risk. The first round of the French election is on April 23. If no one wins 50 per cent of the vote, the top two move to the second round on May 7. 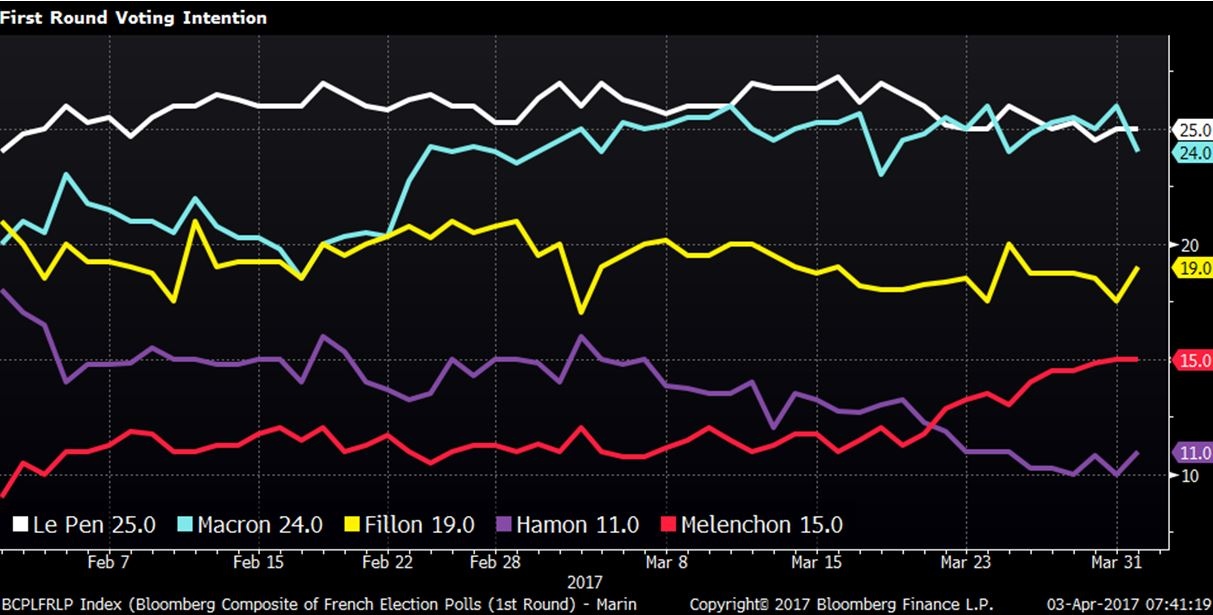 The graphic above is the current average of all the polls for the top five candidates. It appears that Le Pen (anti-EU) and Macron (Pro-EU) will move to the second round. The rise of Melenchon (anti-EU extreme left wing) in recent weeks is concerning. While unlikely, a run-off of the two extreme left and right candidates would be the worst case scenario. The odds are not high, but they are high enough that there is no reason to buy stocks until after the election. 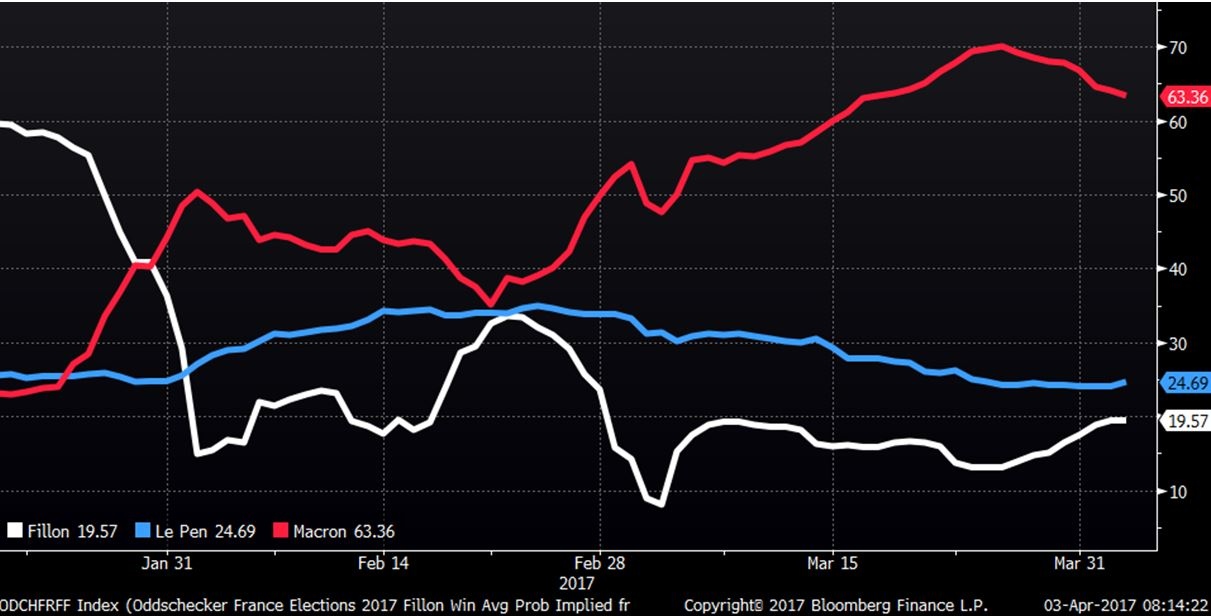 In all likelihood, the runoff will be between Macron and Le Pen, and according to the polls and the betting sites (oddschecker), it’s about a 65 per cent chance that Macron wins depending where you look. Recall those were about the odds people were putting on a Clinton Victory and on Brexit not to happen, so these polls and betting pools are not necessarily correct.

My best guess on what will happen in April is that we will see markets cool off a bit more like we saw heading into the U.S. election. From summer 2016 peak in the Vanguard FTSE World Index, ETF (VT.N) fell a bit more than 5 per cent with half of that coming in the two weeks prior to the event. We are not talking about a major correction, but it could easily turn into a 10-15 per cent correction if Le Pen wins the runoff.

The best way to play Europe in my mind continues to be with the BMO high dividend covered call ETF (ZWE). If this all unfolds badly, ZWE will fall, but its current yield of 6.63 per cent will offset some of the pain for those of you that need the yield. Overall, Europe is relatively cheap compared to the U.S. market and that also provides some buffer. It also hedges the currency risk of the euro, which would most certainly decline like we saw in the British Pound during the Brexit vote.

Tactical investing is an important skill when managing your own portfolios. Learn how to use techniques like this to evaluate risk and return in how to be a smarter investor in our 7th season across Canada speaking tour. Free registration at www.etfcm.com. Help us raise money to fight Cancer and Alzheimer’s by making a voluntary donation with your registration. Over the past few years, Berman’s Call roadshows have raised over $230,000 for charity thanks to BNN viewers, our sponsors, and our partners.