Larry Berman: Gold may be the best asset class in 2020

The escalating geopolitical tensions in the Middle East add yet another reason to keep gold exposure in your portfolio in 2020. Furthermore, a gaggle of former central bankers now admit monetary policy is less effective and can’t do all the lifting, and so the spectre of more central bank buying is present too. Mario Draghi and Janet Yellen are two of such voices calling for more fiscal policy efforts. The U.S. is already running a five-per-cent fiscal deficit, yet Yellen says there is more room (and need) to boost the economy, which is already at full employment. Hum. 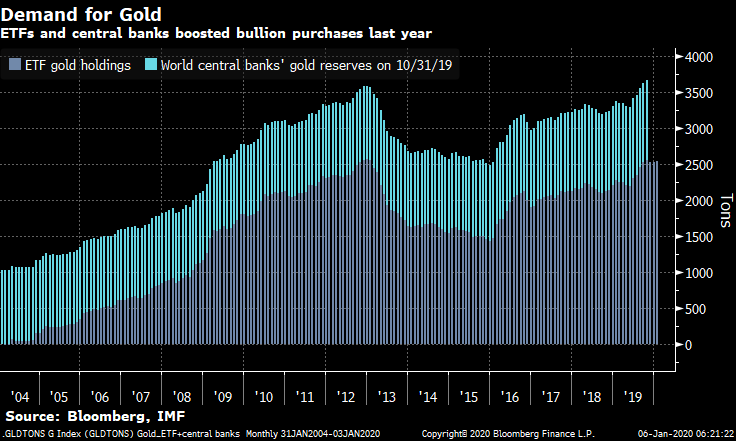 The chart shows demand for gold from central banks and ETFs is higher today than when gold spiked above US$1,900 in 2011. The call for fiscal efforts by governments to boost growth could be inflationary.

But who’s going to buy all that new debt? The Federal Reserve and all its central bank friends, most likely by way of quantitative easing. Governments are heading towards cranking up the printing press, and that could play out in many different ways. Last time the expectation was for an inflationary impact, but that never came.

If the money starts to increase incomes by way of lower taxes or a universal basic income, then yes, we could have an inflation problem. But if it leads only to excess reserves, and the money does not move through the economy and expand the multiplier, then it may just boost asset markets as it has done for several years now. In either scenario of inflation or more QE, gold should win for a while longer.

I see gold getting back to its previous highs above US$1,900 in the next few years. Whoever wins the 2020 presidential election in the U.S., Congress is going to spend trillions on tax cuts, infrastructure and very possibly a Green New Deal, if our expectation is that the vast majority of millennials will vote Donald Trump out of office for his abject failure on the environment. In general, millennials care far more about the environment they are inheriting than they do about taxes. 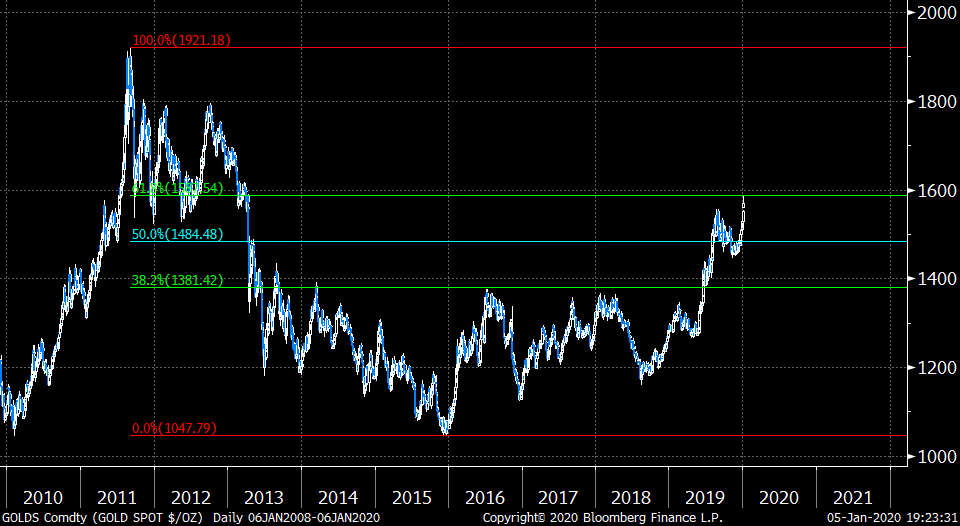 The overnight gap up in gold hit resistance from the 61.8 per cent Fibonacci around US$1,588 (spot). A weekly close above this level suggests the next resistance at US$1,800 could be tested quickly. The last major rally from 2010-11 in the wake of QE2 never led to an inflation push since the vast majority of the liquidity the Fed injected was left as excess reserves and never lent out. But it did find its way into financial assets. Fiscally, the U.S. has added US$11 trillion federally in new debt since the Lehman bankruptcy cascaded the financial world in 2008 with little sign of inflation. To even insinuate that the governments are not doing enough fiscally is laughable. Both monetary and fiscal policy tools are less effective than they once were.

The type of reaction markets may have will depend on policy choices in the future, which will depend on who is U.S. president in 2021. In any case, the government will be spending bags of money, and most of it will need to be monetized because the economy simply won’t function well with higher rates. This is very bullish for gold.