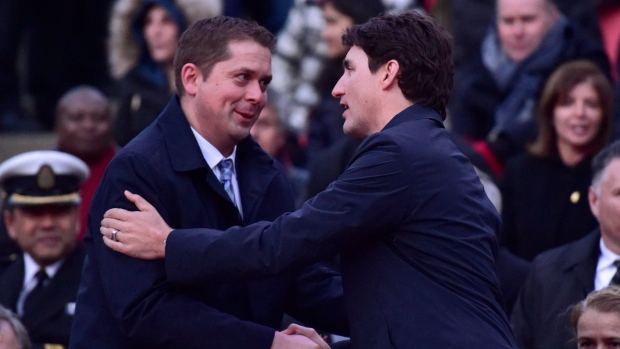 As a macro-based investor, I’ve always been much more focused on top-down policies and themes that move economies (like tax policies, regulations, job growth, environmental impact, all the way to the uncertainty of leadership change) than the minutiae of the latest quarterly report:. In Canada, for example, we would have a vastly different regulatory climate under the Greens or NDP than we would with the Conservatives, or even compared to the Liberals. That, in turn, impacts the value of trade and growth. In the United States, meanwhile, President Donald Trump has created the most disruptive political landscape that’s been witnessed since Richard Nixon was in office in the 1970s.

Trump’s current policies are toxic and will most likely push the world into a recession and move globalization progress back decades. That said, Democratic Candidate Elizabeth Warren is a lovely woman as far as I can tell, but her ideas for the economy are even worse than Trump’s. Regardless, populism seems to be driving politics versus quality decision making, but there are some investing tools that take this into account.

For instance, the U.S.-based ETF (PLCY) EventShares US Policy Alpha that picks stocks based on current U.S. legislation and regulation themes. The ETF is currently overweight energy and industrials. It is not overweight big oil as you might think. LNG terminals, refining, energy infrastructure, and utilities are the regulatory plays. If Warren wins in 2020, you can bet those positions get killed since she wants to ban fracking. And it is long uranium (Cameco, specifically). On the industrials side, defense contractors, suppliers, aircraft parts, and outsourced IT & consulting are thriving under Trump’s boost to military spending. The ETF is also long potential winners in the pending cannabis legislation and very negative on companies affiliated with the opioid crisis. It’s underweight tech and avoiding big names like the FANGs in particular since they’re vulnerable to regulatory risk.

Each quarter, EventShares’ research team produces a policy tracker, which the ETF portfolio is based on. You can review it here.

So how are they doing after one year? I compared the total return of the Vanguard total market index ETF (VTI) and they are lagging. The risk of the portfolio measured by beta is a bit lower than WTI, but so far they have not beat the market.

Bottom line: policies matter for markets. And while this ETF has not yet shown the Alpha it seeks, we love the concept as macro investors. As we get closer to the 2020 U.S. election, I believe the odds of a full-on recession are high and in just about every scenario but one that I model, Trump loses the election. At this point I don’t think it matters too much who the Democratic candidate is. In 2016, there were about 4 million teenagers that could not vote that now can in 2020. I’d bet heavy that they hate Trump’s environmental policy and his response to the ongoing mass gun deaths. It will be interesting to watch this ETF and policies as the market prices in and out the risks of the 2020 U.S. election.

I’d be remiss if I did not mention the Canadian election on Oct. 21. The battle between the environment, bigger government and higher taxes is raging. (Please note that I am president of my local Conservative riding association, so have my own biases here.) We are likely going to see a minority government that will probably fall in less than two years. And it looks too close to call, though the Liberals have a seat edge while the Conservatives lead in the popular vote. This will likely leave many business leaders guessing and uncertain about the future. Certainly, foreign capital won’t come rushing back amid any post-election uncertainty. Canada and the Canadian dollar will likely continue to underperform.

Come out to my Fall roadshow starting this week in Hamilton. I’ll show you the important roll fixed-income plays in your portfolio and some ideas how to deal with the low rate environment. I’ll also elaborate on U.S. Fed policy and how that may affect portfolios heading into the 2020 elections.

Register free at www.etfcm.com and make your donation.