Larry Berman: The global outlook for energy supply and demand

Basic economic analysis looks at the relationship between demand and supply. There are two major ways prices move higher. And increase in demand (the good way) and decrease in supply (the bad way) in terms of the outlook for the energy sector.

Back in 2014, we turned into a major bear for the energy sector and really have not changed that view. The basis for the view was the explosion of the fracking industry and the boom in U.S. energy output. The visibility of the new supply suggests that long-term oil prices will remain suppressed for the foreseeable future. Looking out past the next five years, there is some good news on the horizon, as longer term supply seems to be changing.

Our first chart shows the one-year rate of change of world oil demand versus the International Energy Agency (IEA) world demand report and the prior two U.S. recessions. The one-year rate of change on global demand is at the lowest level since 2009. At the same time, global supply levels driven by the shale boom in the U.S. projects rising supply for the next five years at least before we see the next expected peak. 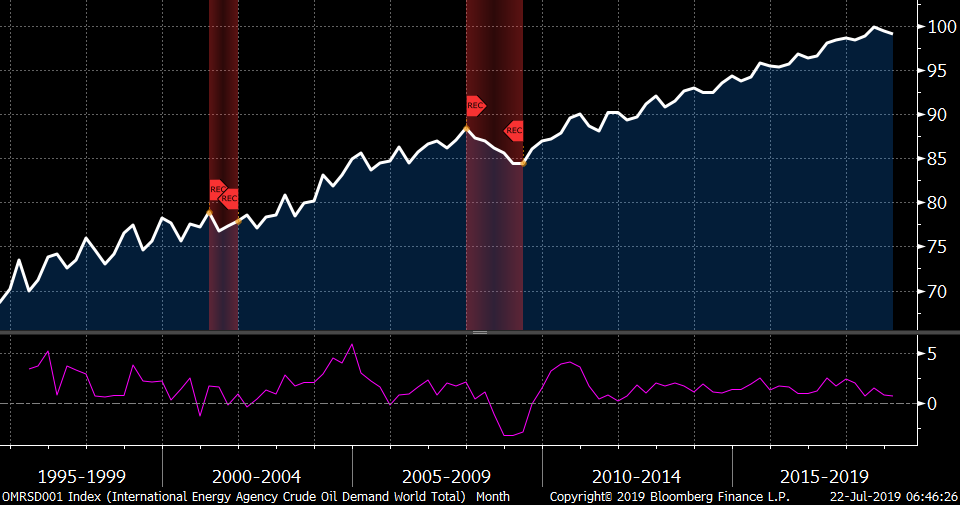 Under the most optimistic scenario where new technology and new reserves are found, the U.S. could be producing 20MM barrels per day by 2030 (blue). However, assuming those things do not happen, the base case (grey) with average oil prices ($65) has output peaking in the next 5 year around 14MM barrels. However, if prices stay low ($55), which is where the futures markets for WTI are priced, then production peaks in less than 5 years and the U.S. output falls back to current levels by 2030. 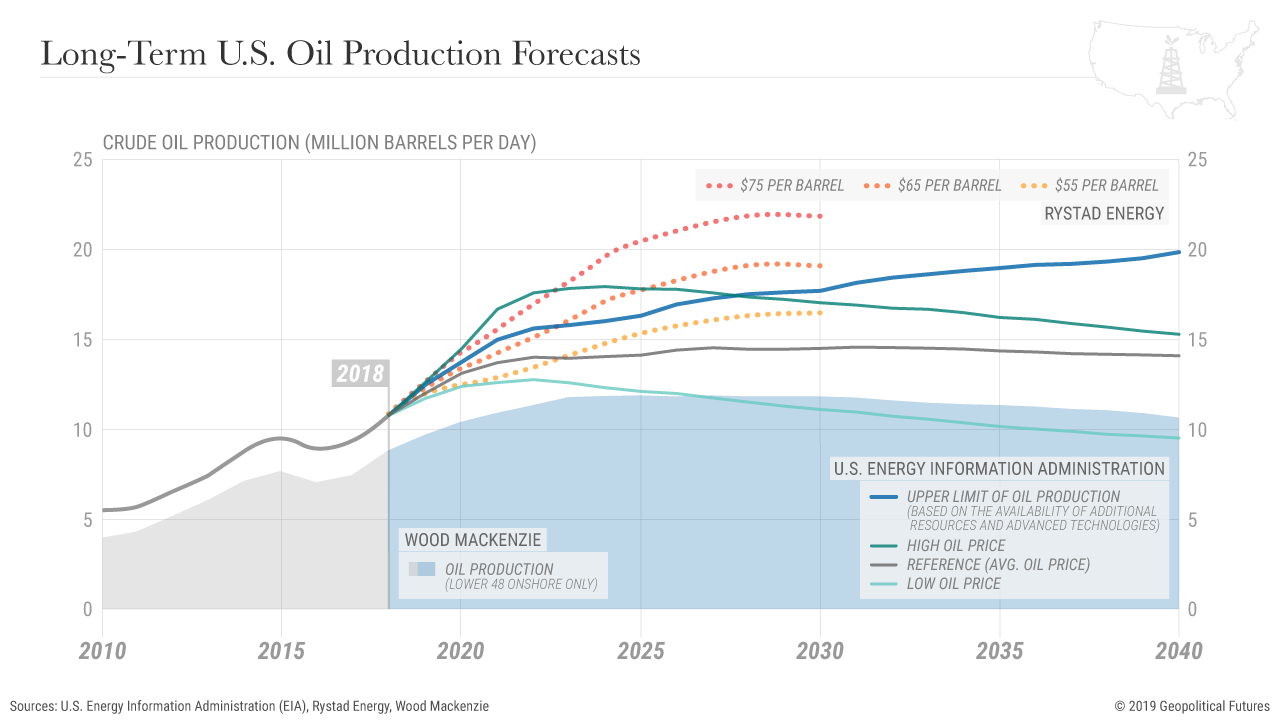 Over the past year we are picking up a change in the shape of the futures curve. One year ago, the long-term price was continuously falling over the next decade. Today we see for the next few years growing output likely keeps prices suppressed, but longer-term prices rise slightly after that point, though still projected in the low price forecast of $55. 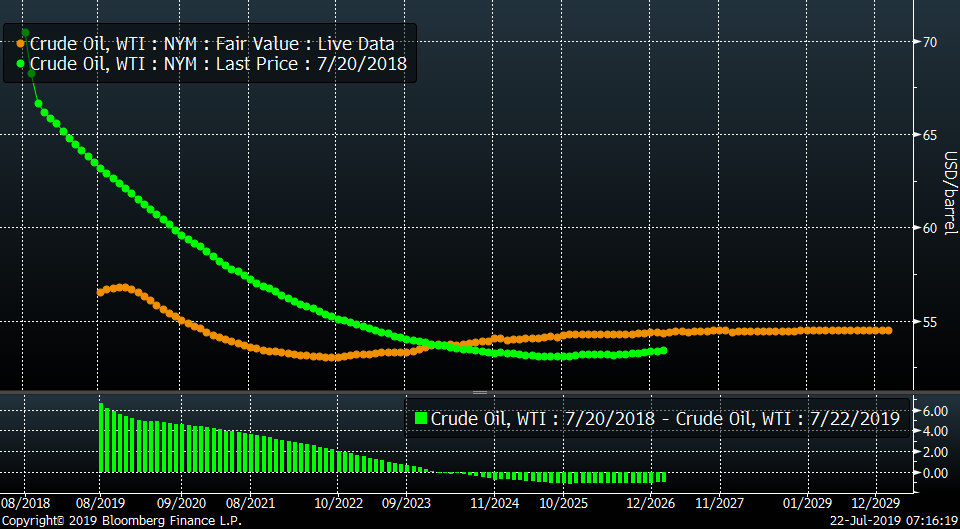 There are a few questions to ponder over the next few years as it pertains to supply and demand. If we see a left-leaning president in the U.S. post 2020, we can expect that a “Green New Deal” tilts the supply side to the downside. Should Trump win, that would be much more bullish for output growth. How fast will the world move towards fuel efficiency? My personal observations are faster than you think. The number of hybrid cars and trucks coming in the next few years are huge. I follow this trend closely. I even saw where Harbour Air in BC that runs short-haul commuter planes are having them all retrofitted to run on battery. Will the Liberal government get enough pipeline capacity to help Canada’s biggest resource? Or will a Conservative government change that? Western Canadian Select spreads only narrowed last year because of supply constraints (the bad kind). And finally, geopolitics and right now between some of the hot spots (Iran, Venezuela, Nigeria, Libya) supply has been significantly constrained.

Bottom line is that I remain long-term bearish on the energy sector (for the next five years anyway). Forecasting supply and demand beyond a few years is hard at best. I think the world is serious about climate change and reducing the carbon footprint. Population growth rates are slowing as the emerging world develops and I would expect peak demand to be more of a long-term factor than OPEC and energy producers will admit. Ask yourself who are the biggest investors in alternatives (the energy companies like XOM, CVX)? Ask yourself why Saudi Aramco wants to start selling its assets? The real long-term owners of these assets have a good idea where things are headed.