Larry Berman: A handful of stocks are lifting the market

The VIX curve has flattened notably in the past few weeks. When the VIX curve flattens, it means that investors are paying up for protection in nearby months. Why? The policy mistake in Afghanistan in recent weeks has weighed on Biden’s approval. At the same time the Fed talks taper and the debt ceiling needs to be raised, the wavering support may be jeopardizing much of Biden’s progressive agenda. 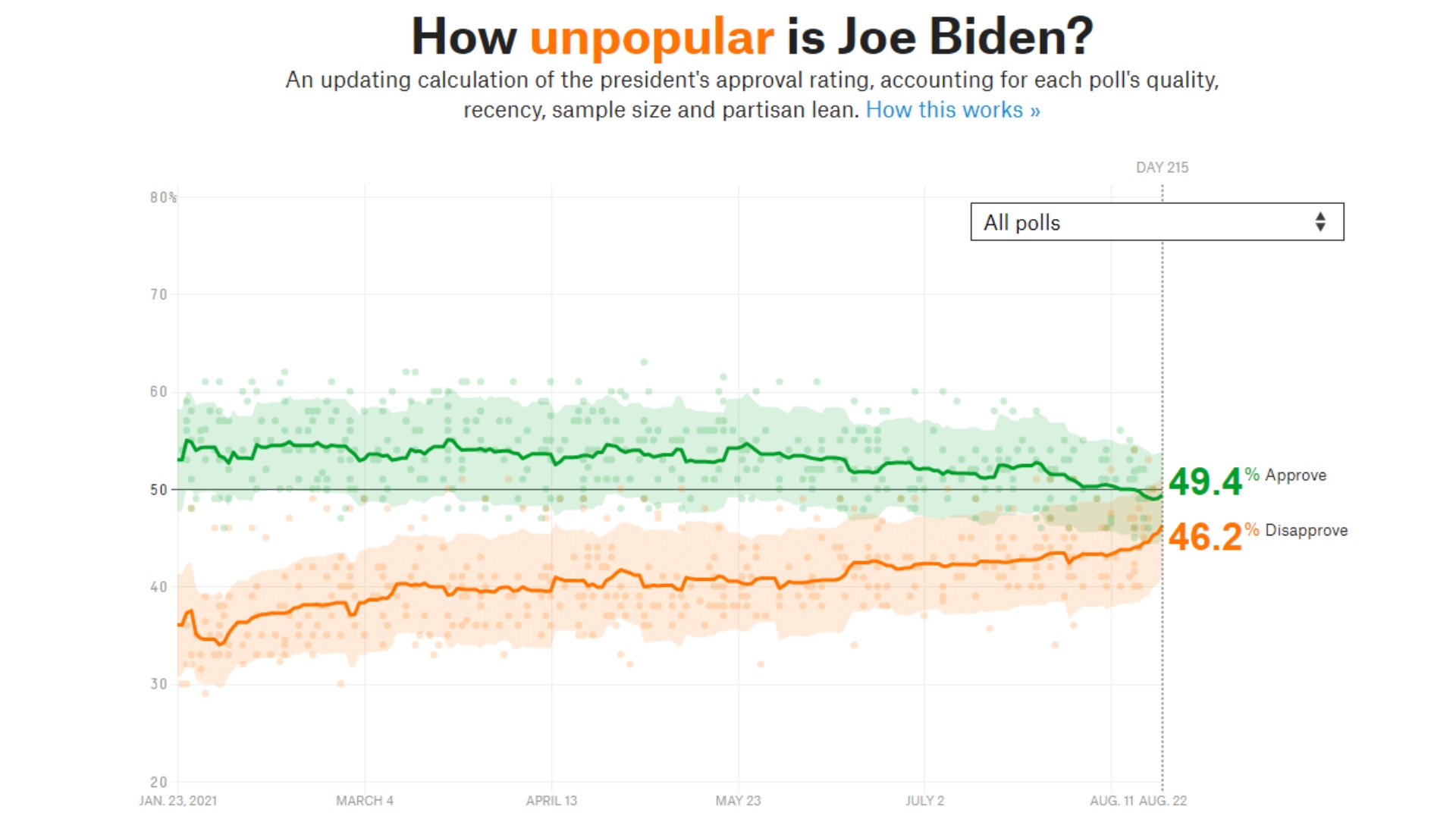 There are trillions of spending wishes before Congress that is currently out for summer break. They have a few weeks in September to execute several Bills and support for Biden is WEAK! Iran is now emboldened. China is now emboldened. Delta variant is adding a lot of uncertainty. Breadth measures are in significant decay. Seasonal patterns are bearish this time of year. The number of stocks trading below their trendlines is rising quickly with the S&P 500 less than one per cent from all-time highs. 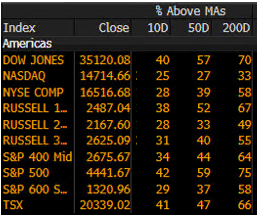 Last week (post FOMC minutes) we saw 350 new 52-week lows (over nine per cent) on the NASDAQ. The highest number since March 2020 (that’s not a typo). We continue to see a handful of large stocks keeping the market indexes stronger than the average stock. Historically, it’s a huge risk factor when a handful of stocks are lifting the market. 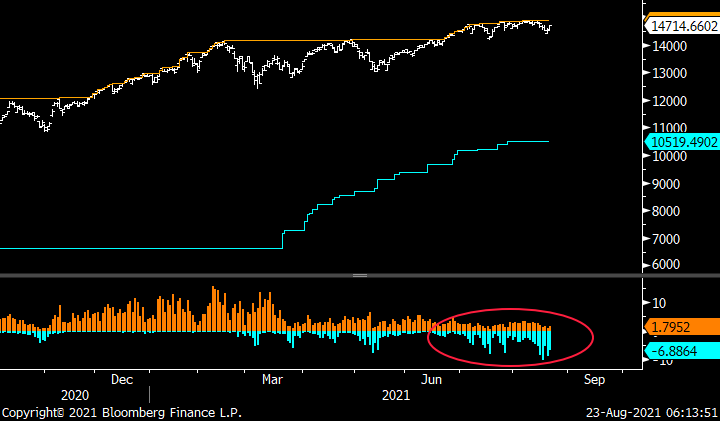 A big part of Biden’s infrastructure bill is likely at risk and weak support means less ability to pass a major spending Bill. The reopening trade and related stocks are getting hurt. Uranium, copper, and clean energy are all part of the expanded infrastructure plans (these are all longer-term dip buying themes I like despite current issues). Congress acts for their next election prospects and moderate Democrats in red states will not likely support big spending with approval ratings so weak. Democrats may not have enough votes to pass much. We know markets do not like uncertainty. If the Fed takes the punchbowl away, the music slows down significantly.

Do not run out and sell all your stocks and ETFs, but less speculation and more defensive better valued companies will likely be better to own for the next few years over the more speculative names. We can see the average stock is not trading well. Stick with high quality names that can weather some uncertainty.